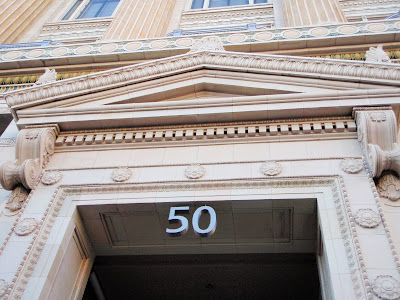 Last night Curious Flights opened its second season with a wide-ranging concert in the recital hall of the San Francisco Conservatory of Music. Called An English Portrait, it featured mid-twentieth century English composers performed by a dazzling array of local talent. It's a tribute to Founder & Artistic Director Brenden Guy (who also played clarinet in several pieces) that he was able to gather so many excellent musicians for this fledgling group.

For the opening, soprano Julie Adams brought her rich, full voice and a lot of presence to John Ireland's Songs Sacred and Profane. She was a striking Blanche DuBois a couple of summers ago in Merola Opera's revival of Previn's A Streetcar Named Desire. Pianist Miles Graber accompanied her as they ranged over a variety of moods, from rough-and-tumble to poignant (that one, in the form of Song 4, The Salley Gardens, was my favorite). Her diction was good but it was still difficult to make out all the words, because that is what happens to words when they're sung by higher voices. And though the program-book was nicely put together and elegantly designed, it was spotty in its inclusion of song texts. It would have been helpful to have them for this set. I love that the evening featured less familiar pieces, but it's exactly that lack of familiarity that makes it helpful to have things like copies of the poems the composer has set. But that's a minor point, given the chance to luxuriate in this voice and music at close range. 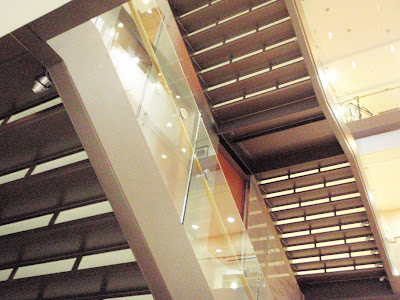 There was a casual welcoming atmosphere to the evening but the Conservatory staff was commendably efficient in changing the stage set-up, which they had to do after each number, because of the smorgasbord of styles and formats. The second piece was the Rhapsodic Quintet by Herbert Howells; Brenden Guy in his role as clarinetist joined the One Found Sound string quartet in this enjoyable outburst of lyricism. The first half ended with three choral pieces by Finzi, Britten, and Vaughan Williams sung by the Schola Cantorum of St Dominic's Catholic Church, a part professional, mostly amateur chorus that gave a full presentation of their three pieces. The Finzi was My Spirit Sang All Day; the Britten was The Shepherd Carol, and the Vaughn Williams was Valiant for Truth. The Britten was a setting of a chorus from Auden's Christmas Oratorio, which he wrote for Britten though the composer only set a couple of its parts. The words are a sort of off-kilter combination of nursery-rhyme surrealism and whimsical adult disappointment. The four introductory verses are sung by individuals from the chorus, going up the voice rung (nice job from the quartet of soloists: bass Rhy Bidder, tenor Steve Ziegler, alto Heidi Waterman, and soprano Catherine Bither) and then the rest of the group joins in for the refrain. The Vaughn Williams is a setting of Mr Valiant-for-Truth's death from Bunyan's Pilgrim's Progress. As it proceeds through the piece the chorus sometimes thins out and sometimes joins in an exultatory togetherness, massing to terrific effect at the end, when the heavenly trumpets sound for him as he crosses to the other side. Texts for the Britten and Vaughn Williams were in the program, which was helpful. Having Auden appear really made me feel I was getting a more complete view of mid-century British cultural life.

The second half was made up of two big pieces, Arnold Bax's Sonata for Two Pianos and Britten's Sinfonietta, Op. 1. The Bax was performed by Peter Grunberg and Keisuke Nakagoshi. I could see a lot of visual contact between the two as they played, their pianos facing each other. There was a playful sense of camaraderie and friendly challenge that carried over into the music. There were many percussive effects in the piece (or maybe that's just how the piano increasingly sounds to me); the tender mid-section was my favorite. As with the rest of the program, you have to wonder why we don't get to hear this terrific piece more often. 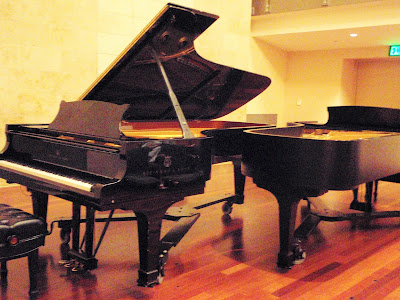 The concluding Britten (and it's a fair measure of his stature and an important part of the evening's musical portrait of Britain that he was the only composer to have two pieces on the program) was conducted by John Kendall Bailey and performed by the Curious Flights Chamber Ensemble: Tess Varley and Baker Peeples on violin, Jason Pyszkowski on viola, Natalie Raney on cello, Eugene Theriault on double bass, Bethanne Walker on flute, Jesse Barrett on oboe, Brenden Guy on clarinet, Kristopher King on bassoon, and Mike Shuldes on horn. This is an early and very appealing work by Britten. Unfortunately the engaging performance was marred by a rude woman in the balcony who kept taking photographs, with a loud click-zip clearly audible each time. Other than that obnoxious behavior, the audience, as far as I could tell from where I sat, was courteous to the other audience members and the performers.

All in all, a successful start to Curious Flights's second season. Their next concert will be at the Century Club of California on Veterans Day and will feature violinist Madeleine Mitchell in music associated with the two world wars.
Posted by Patrick J. Vaz at 1:36 PM

I was wondering what those stern looks as you pivoted your head were about during the Sinfonietta. I hate photographers who think they need to have a Single Lens Reflex setup as they ruin musical performances, but thankfully I didn't hear it.

I wonder whether the woman in the balcony was hired by Curious Flights, considering that she was evidently using film.

The head pivoting was because I was trying to figure out what the noise was and where it was coming from. It did occur to me that she might have been hired by Curious Flights, but I figured probably not because (1) she only took photos during the final piece, so I figured she probably knew someone in the ensemble, (2) if they had hired someone (or just asked someone to take pictures) she could have done it during rehearsal, and (3) why would they ask/pay for someone to disrupt their own performance?

I've heard similar noises from digital cameras, though she may indeed have been using film, I don't know.

Our photographer took shots during the dress rehearsal. We did consider performance shots but decided that it would have been too disruptive.

Thanks for the update. Yes, shooting during the performance would be disruptive.

The clue about film is click-zip. The click is the shutter of an SLR, the zip is the film advancing. dSLR cameras just go click.

Interesting, that makes sense. Thanks for pointing that out about the sounds. Now I'm hoping my attempt to capture the exact sound was correct.