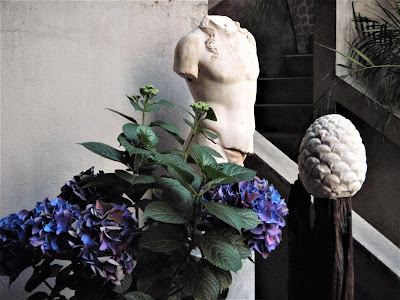 in the courtyard of the Isabella Stewart Gardner Museum in Boston, June 2019
Posted by Patrick J. Vaz at 5:00 AM No comments: 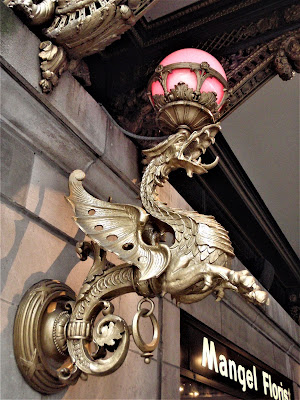 a dragon-lamp guarding the Drake Hotel in Chicago, October 2019
Posted by Patrick J. Vaz at 5:00 AM No comments: 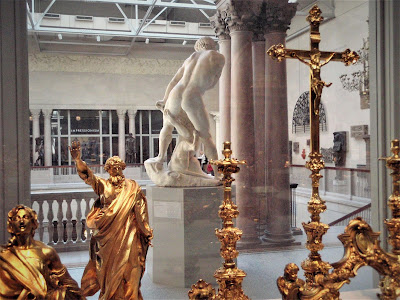 an 18th century Italian altar set in gilt bronze by Leandro Gagliardi, with Cristoforo Stati's Samson and the Lion in the background, in the Art Institute of Chicago
Posted by Patrick J. Vaz at 5:00 AM No comments: 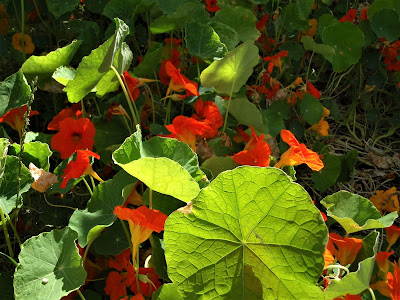 Your God was a Jew

Off with you, says Martin to the jarvey.

The milkwhite dolphin tossed his mane and, rising in the golden poop, the helmsman spread the bellying sail upon the wind and stood off forward with all sail set, the spinnaker to larboard. A many comely nymphs drew nigh to starboard and to larboard and, clinging to the sides of the noble bark, they linked their shining forms as doth the cunning wheelwright when he fashions about the heart of his wheel the equidistant rays whereof each one is sister to another and he binds them all with an outer ring and giveth speed to the feet of men whenas they ride to a hosting or contend for the smile of ladies fair. Even so did they come and set them, those willing nymphs, the undying sisters. And they laughed, sporting in a circle of their foam: and the bark clave the waves.

But begob I was just lowering the heel of the pint when I saw the citizen getting up to waddle to the door, puffing and blowing with the dropsy and he cursing the curse of Cromwell on him, bell, book and candle in Irish, spitting and spatting out of him and Joe and little Alf round him like a leprechaun trying to peacify him.

And begob he got as far as the door and they holding him and he bawls out of him:

Arrah, sit down on the parliamentary side of your arse for Christ' sake and don't be making a public exhibition of yourself. Jesus, there's always some bloody clown or other kicking up a bloody murder about bloody nothing. Gob, it'd turn the porter sour in your guts, so it would.

And all the ragamuffins and sluts of the nation round the door and Martin telling the jarvey to drive ahead and the citizen bawling and Alf and Joe at him to whisht and he on his high horse about the jews and the loafers calling for a speech and Jack Power trying to get him to sit down on the car and hold his bloody jaw and a loafer with a patch over his eye starts singing If the man in the moon was a jew, jew, jew and a slut shouts out of her:

– He had no father, says Martin. That'll do now. Drive ahead.

– Whose God? says the citizen.

Gob, the citizen made a plunge back into the shop.

– By Jesus, says he, I'll  brain that bloody jewman for using the holy name. By Jesus, I'll crucify him so I will. Give us that biscuitbox here.

Once again, a very happy Bloomsday to my mountain flowers.
Posted by Patrick J. Vaz at 2:00 AM No comments: 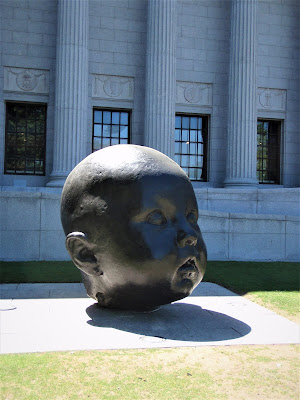 Day* from Day & Night (El día y la noche) by Antonio López García, outside of the Museum of Fine Arts in Boston

* That's the official title, but I think of it as Giant Creepy Baby Head
Posted by Patrick J. Vaz at 5:00 AM No comments: 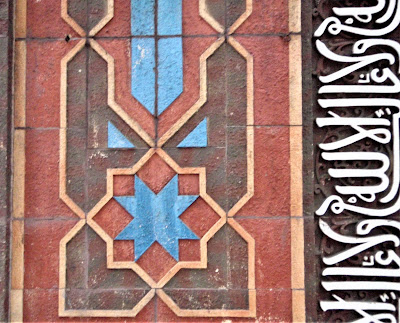 detail of a building in Chicago, October 2019 (not sure what it was originally built as, but it's now a Bloomingdale's)
Posted by Patrick J. Vaz at 5:00 AM 2 comments: 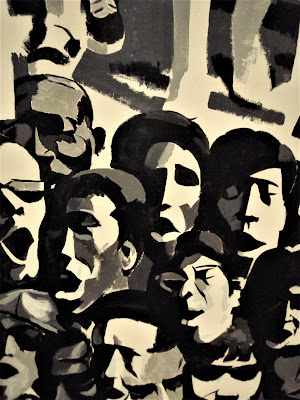 detail of Freedom Now by Reginald Gammon, seen at the exhibit Soul of a Nation: Art in the Age of Black Power 1963 - 1983 at the de Young Museum in San Francisco
Posted by Patrick J. Vaz at 5:00 AM No comments: 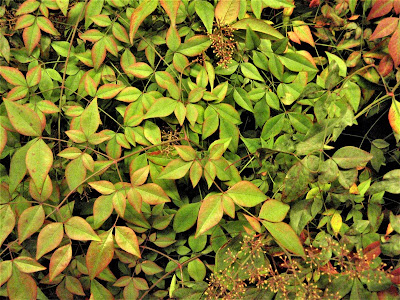 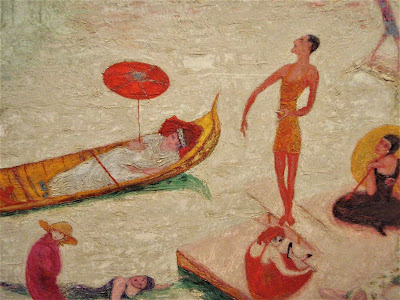 detail of Lake Placid by Florine Stettheimer in the Museum of Fine Arts, Boston
Posted by Patrick J. Vaz at 5:00 AM No comments: