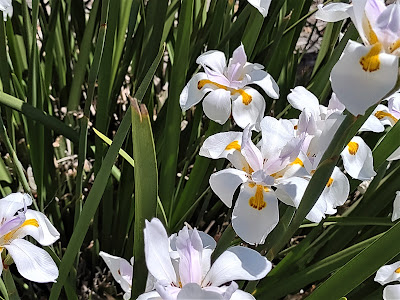 Another Opening, Another Show: August 2022

As in the Before Time, August is a light month for performances, possibly the lightest, as groups gear up for the fall season. The usual caveats apply: check for cancellations, check the venue COVID requirements, be prepared to mask & show proof of vaccinations & boosters.

Berkeley Rep offers the world premiere of Goddess, a new musical conceived & directed by Saheem Ali, with music & lyrics by Michael Thurber & book by Jocelyn Bioh (with additional material by Mkhululi Z Mabija), telling the tale of a young man returning to Kenya to marry his fiancée & take his place in his politically powerful family until he visits an afro-jazz club & things go awry, & that's 13 August to 25 September.

Broadway SF presents the national touring company of the recent Broadway production of Oklahoma! at the Golden Gate Theater from 16 August to 11 September, & they promise that the classic show is intact but re-visioned, which sounds interesting.

At the SF Jazz Center on 6 - 7 August, Terence Blanchard will lead his Terence Blanchard E-Collective (Blanchard on trumpet, Charles Altura on guitar, Taylor Eigsti on piano & keyboards, David Ginyard on bass, & Oscar Seaton on drums), the Turtle Island Quartet (David Balakirshnan & Gabe Terracciano on violin, Benjamin von Gutzeit on viola, & a player to be named later on cello), along with as-yet unlisted singers, in music from his much-praised recent opera, Fire Shut Up in My Bones.

Cal Performances presents Gustavo Dudamel & the Encuentros Orchestra, along with members of YOLA (the Youth Orchestra of Los Angels) & special guest esperanza spalding, at the Greek Theater on 4 August, when they will perform the Bay Area premiere of a new work by Giancarlo Castro D'Addona, a song set by Spalding, & the Dvořák 9, From the New World.

The Greek Chamber Music Project (Ellie Falaris Ganelin, flute; Kyle Bruckmann, oboe; Ariel Wang, violin; Lewis Patzner, cello; Costas Dafnis, ghostplate (which is a metallic instrument that Dafnis built & designed along with Tom Nunn)) will appear at Old First Concerts on 28 August with Music & Myth: Tales of Ancient Robots, featuring Talos Dreams, commissioned by the Project from Dafnis, exploring the line between human & human-made through the myth of the automaton Talos, as well as excerpts from Medea: Rebirth and Destruction, composed collectively by students at the San Francisco Conservatory of Music, & Greek Dances by Thanos Ermilios.

The San Francisco International Piano Festival returns 18 - 28 August for its fifth anniversary season. I am listing the in-person performances only, but there are also lots of on-line events & you can check out the whole schedule here:

18 August: Opening Night will be at the Noe Valley Ministry in San Francisco, & is a celebration of the tricentennial of Bach's Well-Tempered Clavier, Book I, & the bicentennial of César Franck; Dr Sharon Mann will speak about Bach & Rachel Breen & Jeffrey LaDeur (the Festival's Artistic Director) will perform selected Preludes & Fugues from Book I of the Well-Tempered Clavier along with Franck's Prelude, Choral et Fugue & the world premiere of Kurt Erickson's Seventeen Minutes and Twenty-Two Seconds, a piece that takes off from the C Major Prelude and Fugue in jazz-inspired directions;

20 August: at the Maybeck Studio in Berkeley, the Aveta Trio (Sarah Yuan, piano; Eunseo Oh, violin; & Elliott Kim, cello) will play the 1891 version of the Brahms Trio in B major, Opus 8, & Parker Van Ostrand will play the Liszt B Minor Sonata;

24 August: at the San Francisco Conservatory of Music, composer Elinor Armer, pianists Lois Brandwynne & Jeffrey LaDeur will engage in a musical conversation, featuring performances of Armer's 3 Songs on the poetry of Ursula Le Guin (with mezzo-soprano Kindra Scharich) & Promptu as well as the Schubert Impromptu in G-Flat Major;

25 August: at Old First Concerts we have another master class, this one featuring Bobby Mitchell, with a program including Liszt's Sonetto 123 del Petrarca played by Rebecca Tseng & Dutilleux's Choral et Variations from Piano Sonata played by Sarah Yuan;

26 August: at Old First Concerts you can hear the west coast debut of Czech pianist Jan Bartoš, in a program of music from his native land, featuring Janáček's Piano Sonata 1.X.1905 & his In the Mists, along with Miloslav Kabelác's 8 Preludes & Smetana's Dreams;

28 August: at the San Francisco Conservatory of Music, the Festival closes with a celebration of Bach's continuing influence, including pianists Jeffrey LaDeur, Parker Van Ostrand, & Tammy Lynn Hall as well as the Telegraph Quartet performing selected Preludes & Fugues from The Well-Tempered Clavier, the IV: Introduzione: Fuga from Beethoven's Hammerklavier, the Quintet for Piano and Strings in G Minor Opus 57 by Shostakovich, selections from The Well-Tempered Lennon & McCartney by Tom Sivak, & Bach-inspired tunes by Nina Simone/Tammy L Hall  to be announced from the stage.

On 4 - 5 August at the SF Jazz Center, Terence Blanchard, along with his E-Collective & the Turtle Island Quartet, will perform music from his recent album Absence, inspired by the music & legacy of Wayne Shorter (see also above under Operatic for Blanchard's appearance with music from his opera Fire Shut Up In My Bones).

Herb Alpert, along with singer Lani Hall, appears at the SF Jazz Center from 11 to 14 August.

Ramses the Great and the Gold of the Pharaohs, which promises, or threatens, a multi-media immersive experience as well as an optional virtual-reality bit at additional expense – there are also actual items from ancient Egypt – opens at the de Young on 20 August & runs until 12 February 2023. 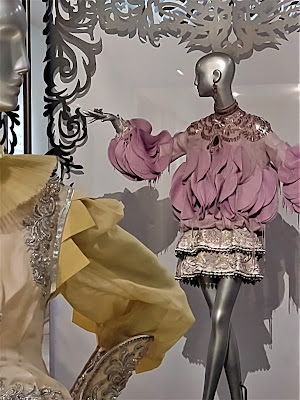 from the collection An Amazing Journey in a Childhood Dream, part of the exhibit Guo Pei: Couture Fantasy at the Legion of Honor in San Francisco 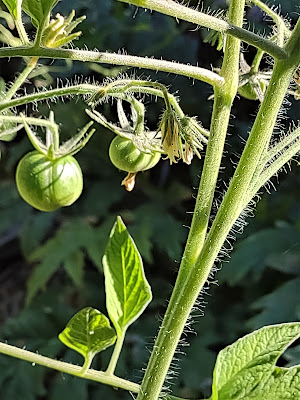 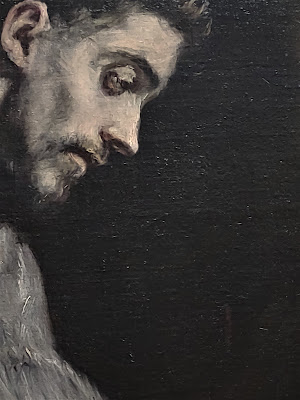 detail of Saint Francis Venerating the Crucifix by El Greco, now in the Legion of Honor, San Francisco 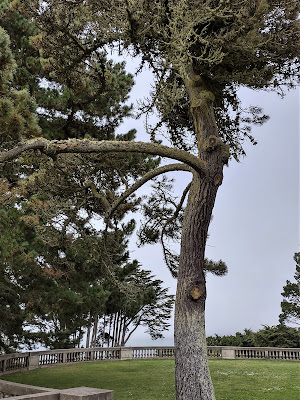 a tree in Lincoln Park, San Francisco
Posted by Patrick J. Vaz at 5:00 AM No comments: 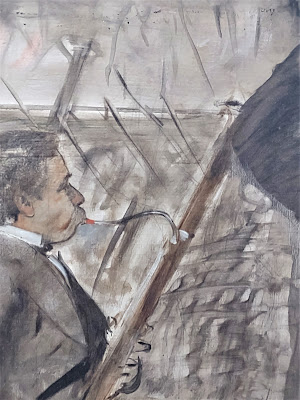 detail of Musicians in the Orchestra (Portrait of Désiré Dihau) by Edgar Degas, now in the Legion of Honor, San Francisco 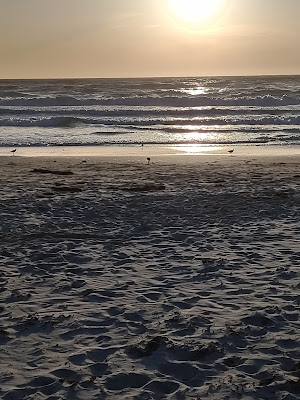 the beach at Asilomar 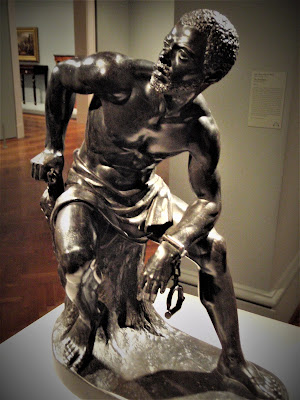 The Freedman by John Quincy Adams Ward, now in the Art Institute of Chicago 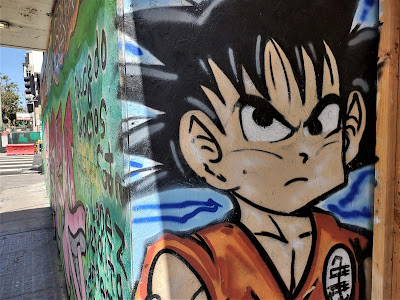