It seems unsuitable to categorize Surrealism, so I'm sticking this here: Seek refuge from, contemplate, or challenge the strange times we live in with Inside the Magnetic Fields: Surrealism at 100, an exploration sponsored by City Lights Bookstore running from 5 through 24 November in Berkeley and San Francisco; find out more here.

Theatrical
This year the Tenth Annual SF Olympians Festival expands its reach to Celtic mythology with You've Got Gaul from 6 to 23 November at the Exit Stage Left; this year's festival includes 38 plays (from shorts to evening-length) by 36 writers.

Hayward's Douglass Morrisson Theatre presents the Jerry Herman musical Hello Dolly, directed by Sue Ellen Nelsen, from 7 to 24 November. Then on 30 November you can get a jump on your holiday theater-going with The Jewelry Box: A Genuine Christmas Story, a solo show by Brian Copeland about being a six-year-old in Oakland in the 1970s trying to buy his mother the perfect Christmas gift.

Aurora Theater presents the Bay Area premiere of Bull in a China Shop by Bryna Turner, directed by Dawn Monique Williams, from 8 November to 8 December; the play is based on letters by Mary Woolley, who became president of Mount Holyoke in 1901, as she tried to promote real education for the young women at the college while maintaining her long-term partnership with teacher Jeannette Marks.

As part of Full, their series of events scheduled around the full moon, the Berkeley Art Museum / Pacific Film Archive on 12 November offers Noh and Kunqu Opera, programmed by Graeme Vanderstoel, in which Jubilith Moore and Sabrina Hou will perform excerpts exploring women's roles in respectively the Japanese Noh and Chinese Kunqu traditions.

Theatre of Yugen presents two Kyogen plays, The Snail (Kagyu) and The Thundergod (Kaminari), directed by Lluis Valls, on 16 and 17 November.

Operatic
Simon Williams will lecture on The French Wagnerians to the Wagner Society of Northern California at the Jewish Community Center in San Francisco on 2 November.

The San Francisco Conservatory of Music presents Mozart's The Impresario and the Prologue to Richard Strauss's Ariadne auf Naxos, directed by Heather Mathews and conducted by Curt Pajer, on 21 - 22 November; performances are free but reservations are recommended.

Ars Minerva, the invaluable local group headed by Céline Ricci dedicated to reviving forgotten operas of the baroque, returns from 22 to 24 November at the ODC Theater with Domenico Freschi's Ermelinda, last heard in 1680. Ars Minerva productions are generally a highlight of the season, so I've been eagerly awaiting this for months.

Soprano Deborah Voigt offers a Master Class at the San Francisco Conservatory of Music on 15 November.

Choral
Ensemble Basiani returns to First Congregational in Berkeley for Cal Performances on 15 November to perform the traditional and ancient polyphony of Georgia (the one by the Black Sea, not the one in the American South).

Ragnar Bohlin leads his Cappella SF ensemble in French music, including works by Josquin, Debussy, Poulenc, Couperin, Duruflé, Fauré, and Messiaen, on 23 November at the Church of Santa Maria in Orinda (where they will be joined by guest chorus WomenSing) and 24 November at Mission Dolores Basilica in San Francisco.

Jeannette Sorrell conducts Philharmonia Baroque in a program of Mozart and Grétry on 13 November at Bing Concert Hall at Stanford, 15 November at Herbst Theater in San Francisco, and 16 - 17 November at First Congregational in Berkeley.

Michael Morgan leads the Oakland Symphony in Notes from Korea on 15 November at the Paramount Theater, featuring Fauré's Pavane in F sharp minor, Grieg's Piano Concerto in A minor (with soloist ChangYong Shin), Texu Kim by Dub-Sanjo, The Woven Silk for haegeum and orchestra by Jean Ahn (with Soo Yeon Lyuh on haegeum), and Blow, Fly, Pop!! by Texu Kim.

At the San Francisco Symphony from 22 to 24 November, Manfred Honeck leads the orchestra in the Bruckner 4, the Romantic, as well as the Mozart Piano Concerto 22 with soloist Leif Ove Andsnes

The Danish String Quartet return to Hertz Hall and Cal Performances on 10 November with a program including works by Bach, Beethoven, and Schnittke.

On November 10 at Old First Concerts you can hear Ali Paris on the qanun along with assorted friends exploring Arabic and flamenco music.

Old First Concerts presents the Circadian String Quartet on 15 November with guest Hamid Taghavi on the santour; together they will play works by Sahba Aminikia, Reza Vali, David Ryther, and newly commissioned works by Hamid Taghavi and Amin Assadi.

Cal Performances presents cellist David Finckel and pianist Wu Han at Hertz Hall on 24 November in a program of works by Beethoven, Brahms, Debussy, and Franck.

The San Francisco Symphony presents the excellent young violinist Ray Chen, joined by pianist Julio Elizalde, in Davies Hall on 3 November, when they will play works by Grieg, Saint-Saëns, Bach, Debussy, and Ravel.

Pianist Utsav Lal will play his own compositions, which draw on western classical and jazz traditions as well as north Indian ragas, for Old First Concerts on 3 November.

The San Francisco Symphony presents pianist Chick Corea in Davies Hall on 10 November for a performance of his solo work From Mozart to Monk.

The Left Coast Chamber Ensemble continues its season with Air from Other Planets, featuring Mozart's "Dissonance" Quartet, Schoenberg's String Quartet #2, and world premieres from John Schott and Jamie Leigh Sampson; and that's 2 November at the Berkeley Hillside Club and 4 November at the San Francisco Conservatory of Music. (The Ensemble is also performing a free preview on 9 November of their upcoming concert of contemporary music as ensemble-in-residence at the 2nd Wunsch New Music Festival; see the listing below under the Center for New Music.)

The calendar for the Center for New Music is frequently updated, so remember to check it frequently; some things that catch my eye in the current listing for this month are: pianist Kathleen Supové on 2 November, presented by Common Sense Composers' Collective and featuring world and California premieres from Belinda Reynolds, Dan Becker, and Randall Woolf, as well as works by John King and Supové herself; Ensemble PHASE performing new music on traditional Korean instruments on 4 November; The Marrow, led by Oud player Gordon Grdina, bringing together "Arabic Maqam and Persian Dastgah with western improvised music" on 5 November; PGLRG performs BarbedWire and Map Score (Saint Petersburg) (I have no idea what this is, but it sounds wild) on 6 November; the Left Coast Chamber Ensemble on 9 November performing music by Mei-Fang Lin, Jennifer Higdon, Kurt Rohde, Sheila Silver, Christopher Stark, and Melinda Wagner as a preview of their upcoming ensemble-in-residence concert at the 2nd Wunsch New Music Festival; Soundwave guest curator Christo Oropeza presenting Nochtlaca: Todos, todos, todos, with vocalist San Cha, instrument inventor Guillermo Galindo, and drag queen Persia on 14 November; the Wooden Fish Ensemble with special guest Yuki Endo on shinobue playing new music by Hyo-Shin Na, as well as traditional Japanese and Korean folk songs on 16 November; and pianist Nicholas Phillips on 22 November playing #45Miniatures, a collection of short musical responses by over 50 composers to various loathsome aspects of our despicable current President.

Early / Baroque Music
This could also go under Modern / Contemporary Music, as fabulous countertenor Iestyn Davies and Fretwork are splitting the program for their 3 November recital at Hertz Hall for Cal Performances between Michael Nyman and Henry Purcell.

The Cantata Collective continues its series of free performances of the Bach cantatas, this time featuring BWV 55 and BWV 22, with soprano Morgan Balfour, alto Paul Flight, tenor Kyle Stegall, and bass Ben Kazez; in addition to a 3 November performance at their usual venue, St Mary Magdalen in Berkeley, there is a 2 November outing at All Saints Episcopal in Palo Alto.

Ton Koopman comes to the San Francisco Symphony from 7 to 9 November to lead them in Rebel's Chaos from Les Élémens, the Haydn 100 (the Military), and Bach's Orchestral Suite 4 and his Violin Concerto 1 (the latter with soloist Alexander Barantschik).

Nicholas McGegan leads the Philharmonia Baroque Chamber Players and members of Juilliard415 in music by Bach, Vivaldi, and Rameau on 10 November at the ODC Theater in San Francisco.

Over at the Legion of Honor, Curious & Wonderful: Selections from the Achenbach Vault, including many rarely exhibited prints, opens on 16 November and runs until 15 March 2020.

Surrealist Sylvia Fein has a solo show at the Berkeley Art Museum / Pacific Film Archive starting on 13 November and running until 1 March 2020.

Dance
Farruquito dances flamenco at Zellerbach Hall on 4 November, thanks to Cal Performances.

Those colorful tumblers The Peking Acrobats return to Cal Performances from 29 November to 1 December.

Cinematic
On 2 and 10 November the Roxie will be showing the 25th anniversary 4K restoration of Béla Tarr's 7+ hour Sátántangó, based on the novel by László Krasznahorkai, (There will be two intermissions.)

And we'll close out the listing with more surrealism: head to the Roxie on 23 November for A Bundle of  Buñuel; the bundle includes Un Chien Andalou (An Andalusian Dog) from 1929, L'Age d'Or (The Golden Age) from 1930, and Las Hurdes: Tierra Sin Pan (Land Without Bread) from 1933.
Posted by Patrick J. Vaz at 8:28 PM No comments: 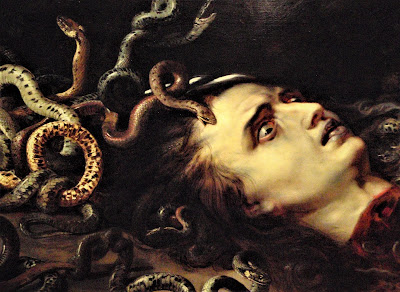 detail of Head of Medusa by Peter Paul Rubens (possibly with Frans Snyders), seen at the Legion of Honor in San Francisco as part of the Early Rubens exhibit
Posted by Patrick J. Vaz at 5:00 AM No comments: 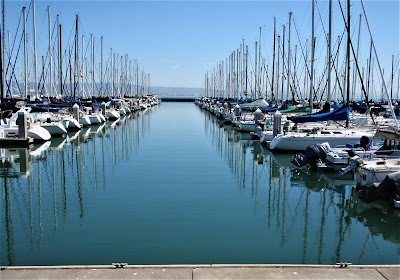 along the Embarcadero, San Francisco, September 2019
Posted by Patrick J. Vaz at 5:00 AM No comments: 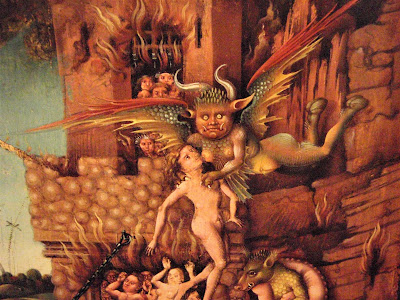 detail of The Last Judgment by "Unknown Tyrolean Master" from around 1500 at the Legion of Honor, San Francisco
Posted by Patrick J. Vaz at 5:00 AM No comments: 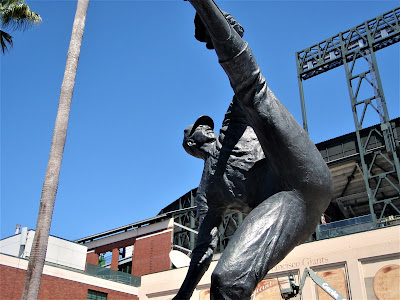 statue of Juan Marichal outside the ballpark of the San Francisco Giants, September 2019
Posted by Patrick J. Vaz at 5:00 AM No comments: 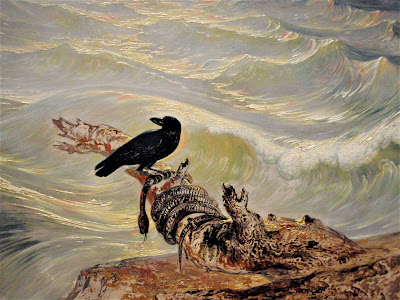 a detail of The Assuaging of the Waters by John Martin in the Legion of Honor, San Francisco
Posted by Patrick J. Vaz at 5:00 AM No comments: 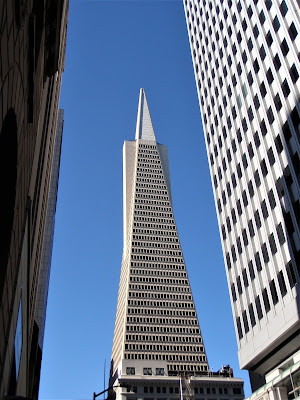 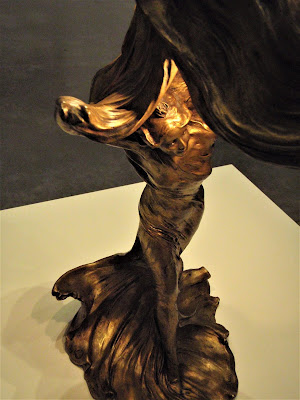 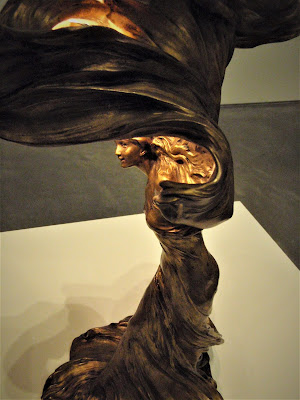 two views of a Loïe Fuller lamp designed by François Raoul Larche in the exhibit Strange at the Berkeley Art Museum / Pacific Film Archive
Posted by Patrick J. Vaz at 5:00 AM No comments: 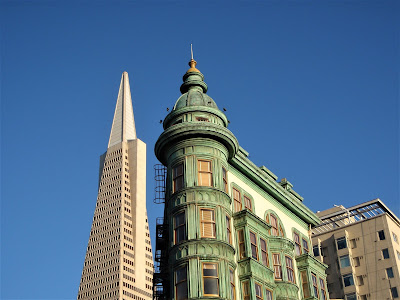