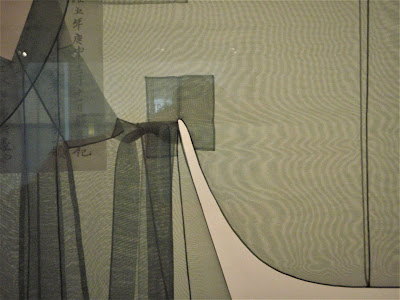 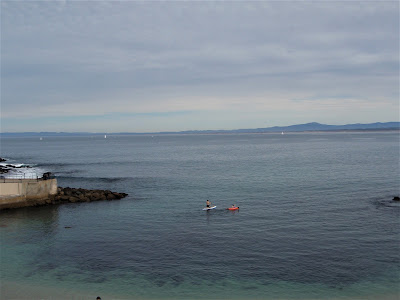 Pacific Grove, California, January 2018
Posted by Patrick J. Vaz at 6:00 AM No comments:

It's the shortest month, but it's jam-packed this time around:

Theatrical
From 2 to 13 February, Cutting Ball Theater is offering a two-week festival of theatrical adventures, which they're calling A Variety Pack, featuring a variety of short plays and readings. There's a Directors Series, a Playwrights Series, and a Reading Series, so go to the schedule and click on all the links to see if anything piques your interest.

San Francisco Playhouse offers Garson Kanin's Born Yesterday (which you may remember from the Judy Holliday film), directed by Susi Damilano, from 23 January to 10 March.

Theater Rhinoceros presents John Fisher's Transitions, a new play about a transsexual, an American President, and a Russian President, from 23 February to 17 March.

Opera Parallèle presents a double-bill of Jake Heggie's At the Statue of Venus and Leonard Bernstein's Trouble in Tahiti at the SF Jazz Center on 14 - 18 February.

Snapshot, West Edge Opera's sampler of new works, is returning, with performances in Berkeley at the Odd Fellows Lodge on Fulton on 24 February and in San Francisco at the Taube Atrium Theater on 25 February.

And if you were unfortunate enough to miss Philharmonia Baroque's production last spring of Rameau's Le Temple de la Gloire, you can at least pre-order the CDs.

Cal Performances presents Australian troupe Circa in an adaptation of Monteverdi's Il ritorno d'Ulisse in patria featuring two singers, four instrumentalists, and six acrobats. You can see the results in Zellerbach Hall on 3 and 4 February.

Earplay opens its season with A Delicate Arrangement of Sounds, featuring a world premiere by Frank Bedrossian along with music by Bruce Christian Bennett, Richard Festinger (a west coast premiere), and Helen Grime; that's on 5 February at the Taube Atrium Theater.

Volti and ODC combine to present Path of Miracles, with music by Joby Talbot and movement by KT Nelson, on 9 and 10 February at Grace Cathedral in San Francisco. I heard some of the music at one of Volti's concerts last year and I am really excited about hearing the entire piece.

San Francisco Performances presents Philip Glass's Music with Changing Parts, featuring the Philip Glass Ensemble, the San Francisco Girls Chorus, and students from the Conservatory of Music, at Davies Hall on 20 February. There is a related event earlier in the month, on 2 February, when pianist and composer Timo Andres and the members of the Kronos Quartet gather in Herbst Theater to talk about their experiences with Glass and his music (musical examples will be included).

On 25 February at the San Francisco Conservatory of Music you can listen to Mortal Lessons and other works by Ryan Brown in a free concert.

The Hot Air Music Festival will be taking place on 25 February at the San Francisco Conservatory of Music.

Be sure to check out the schedule at the Center for New Music, as new events are frequently added after I post these previews. Some things that caught my eye for February: a preview of the Hot Air Music Festival on 2 February; Animals & Giraffes on 7 February; the Nouveau Classical Project on 8 February; and the Hubbard Quartet on 17 February playing music by Julie Barwick, Vivian Fine, Devree Lewis (west coast premiere!) and Marilyn Zupnick.

The San Francisco Symphony has several chamber music concerts scheduled this month, but I'm only going to mention the one on 4 February, mostly because I am stunned and delighted that something by the great Elliott Carter is finally going to be played at Davies Hall – it's Con Leggerezza Pensosa – Omaggio a Italo Calvino, which is less than ten minutes long, but at least it's something. The program also features works by Jolivet, Janáček, and Tchaikovsky.

San Francisco Performances presents clarinetist Jörg Widmann playing his own works and also, with pianist Gilles Vonsattel, works by Mendelssohn, Schumann, and Weber; that's at Herbst Theater on 8 February. [UPDATE: On 26 January, SFP announced that Widmann has cancelled his US tour due to "an unexpected scheduling conflict" – if you have a ticket already, SFP will be contacting you about exchanges.]

On 24 February in Herbst Theater Chamber Music San Francisco presents tenor Michael Schade, violinist Livia Sohn, and pianist Kevin Murphy in a program of lieder by Schubert, Mozart, and Strauss, as well as violin solos based on operatic themes and arrangement by Fritz Kreisler for tenor, violinist, and piano. (The program is repeated 25 February in Walnut Creek and 26 February in Palo Alto.)

Cal Performances presents guitarists Sérgio and Odair Assad and mandolinist Avi Avital in a program of music by Bach, Haydn, Debussy, Bartók, Piazzola, and others adapted for their plucked strings; that's 25 February in Hertz Hall.

The San Francisco Symphony presents Yefim Bronfman in a solo recital featuring Schumann, Debussy, and Prokofiev on 18 February in Davies Hall. Then, on 27 February, also at Davies, they present Daniil Trifonov and Sergei Babayan playing music for two pianos by Schumann, Maura Lanza, Schubert, and Rachmaninoff.

One Found Sound plays music by Takemitsu and Beethoven on 9 February at Heron Arts in San Francisco.

Nicholas McGegan leads Philharmonia Baroque, joined by cellist Steven Isserlis, in the Mozart 17, Haydn's Concerto for Violoncello No 2 in D major, the Herschel 8, and the Haydn 43, Mercury, on 7 February at First United Methodist in Palo Alto, on 9 February at Herbst Theater in San Francisco, and on 10 and 11 February at First Congregational in Berkeley. The Herschel listed among the composers is the same Sir William Herschel who later discovered the planet Uranus, and congrats to PBO for finding such an unusual item for their program.

Cal Performances presents violinist Nicola Benedetti with the Orchestra of the Age of Enlightenment playing Beethoven's Violin Concerto and the Beethoven 4 at the Paramount Theater in Oakland on 14 February.

Herbert Blomstedt returns to the San Francisco Symphony for a couple of different programs: on 8 - 10 February he leads the band in the Beethoven Piano Concerto 5, the Emperor, with soloist Garrick Ohlsson, along with the Stenhammar 2; and then on 15 - 17 February he leads the Mozart 40 and the Beethoven 3, the Eroica. Then on 22 - 24 February Andrey Boreyko takes over, leading the Shostakovich 5 along with Bernstein's Serenade (with violin soloist Vadim Gluzman) and his Divertimento.

Also on 21 February, you can hear writer George Saunders at City Arts & Lectures.

On 25 February at the San Francisco Conservatory of Music you can spend Sunday with the Divas, listening to Marilyn Horne, Deborah Voigt, Frederica von Stade, and Patricia Racette talk about their careers and the opera world.

Visual Arts
At the Legion of Honor, Casanova: The Seduction of Europe, which takes the celebrated peripatetic bon vivant as its focus, opens on 10 February and runs through 28 May.

At the Contemporary Jewish Museum, Contraption: Rediscovering California Jewish Artists, which uses a flexible idea of the machine as a way of examining the works of sixteen different artists, opens on 22 February and runs until 29 July.
Posted by Patrick J. Vaz at 6:00 AM 6 comments: 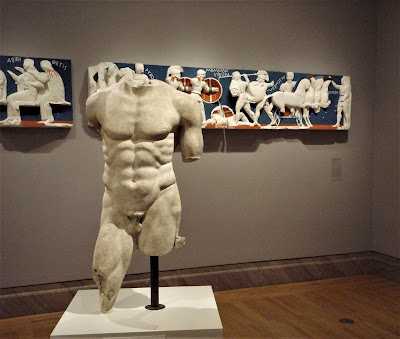 torso of Herakles backed by a frieze, from the excellent exhibit Gods in Color: Polychromy in the Ancient World at the Legion of Honor in San Francisco
Posted by Patrick J. Vaz at 6:00 AM No comments: 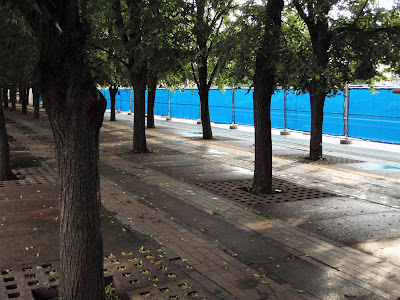 at the Christian Science Center in Boston, June 2017
Posted by Patrick J. Vaz at 6:00 AM No comments: 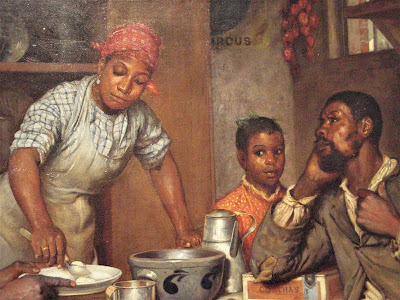 detail of A Pastoral Visit by Richard Norris Brooke in the National Gallery of Art, Washington DC. I love the look on the child's face: 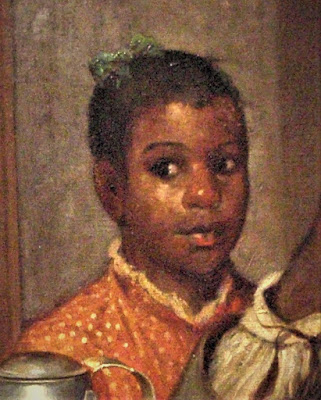 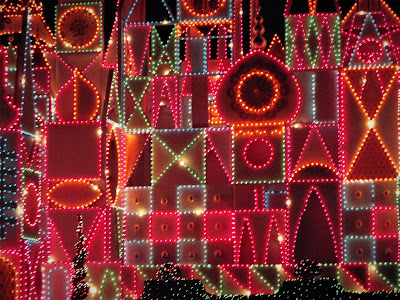 night-time view of It's a Small World at Disneyland, lit for the holidays, November 2017
Posted by Patrick J. Vaz at 6:00 AM 2 comments: 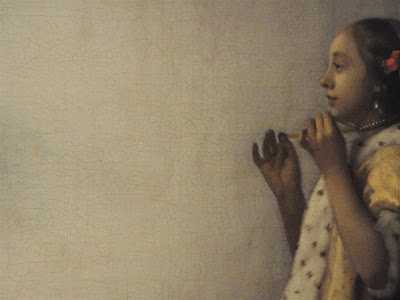 detail of Woman with a Pearl Necklace by Johannes Vermeer; I saw it at the National Gallery of Art in Washington DC as part of the exhibit Vermeer and the Masters of Genre Painting: Inspiration and Rivalry, which runs until 21 January, but it normally can be found in Berlin, at the Staatliche Museen zu Berlin, Gemäldegalerie
Posted by Patrick J. Vaz at 6:00 AM 1 comment: 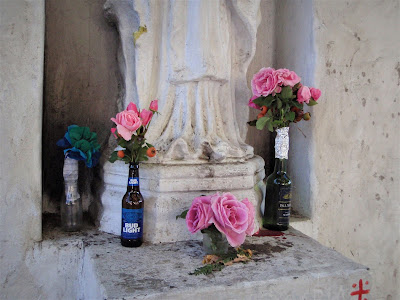 offerings to Our Lady of Sorrows, Mission Dolores, San Francisco, October 2017
Posted by Patrick J. Vaz at 6:00 AM 2 comments: 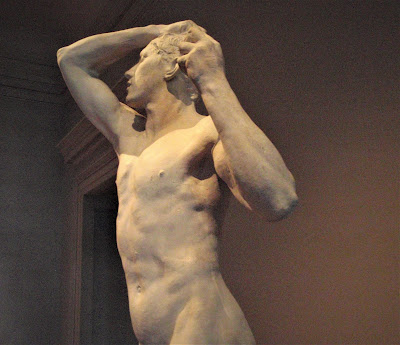 detail of Auguste Rodin's plaster model for L'Age d'Airan (the Age of Bronze) in the National Gallery of Art, Washington DC
Posted by Patrick J. Vaz at 6:00 AM No comments: