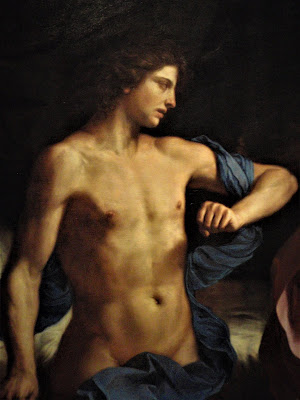 detail of Amnon and Tamar by Guercino in the National Gallery of Art, Washington DC
Posted by Patrick J. Vaz at 6:00 AM No comments: 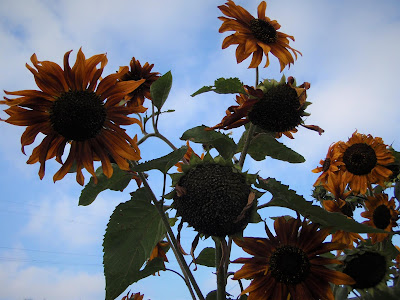 August is a traditionally slow month before we gallop into the fall performance season kicking off in September, but there's still a lot going on, particularly for the operatically inclined:

Operatic
West Edge Opera's annual summer festival is this month, and this time around they are located at the Craneway Conference Center in Richmond (there will be a shuttle from the Richmond BART station every 20 minutes, starting two hours before performance time). As usual West Edge has an enticing line-up, with many interesting young singers: a chamber adaptation (by Jonathan Khuner, who will also conduct; Keturah Stickann directs) of Debussy's Pelléas et Mélisande; Mata Hari by Matt Marks (conducted by Emily Senturia and directed by Paul Peers, who also wrote the libretto); and Quartett, with music by Luca Francesconi, based on Heiner Muller's stage adaptation of Les Liasons dangereuses (conducted by John Kennedy and directed by Elkanah Pulitzer). Get tickets here.

The San Francisco Opera's Merola Program presents Stravinsky's The Rake's Progress at the San Francisco Conservatory of Music on 2 and 4 (matinee) August, and then this summer's Merola program concludes on 18 August with the annual Grand Finale concert at the War Memorial Opera House.

Theatrical
Shotgun Players in association with Golden Thread Productions presents Kiss by Guillermo Calderón, directed by Evren Odcikin, at the Ashby Stage from 23 August to 23 September.

Choral
Robert Geary leads the San Francisco Choral Society and the California Chamber Symphony in Mozart's Great Mass in C Minor and Amy Beach's setting of The Canticle of the Sun by Saint Francis of Assisi; the soloists will be soprano Shawnette Sulker, mezzo-soprano Lindsay Roush, tenor Michael Jankosky, and bass Christopher Filipowicz, and you can hear them 11 - 12 August at Calvary Presbyterian in Pacific Heights.

Old First Concerts presents the fourth and final concert in its series honoring Debussy on the centennial of his death; this one, on 24 August, features pianists from the New Piano Collective along with violinist Liana Bérubé and cellist Michelle Kwon; the program includes Études, Book 1; En blanc et noir; the Violin Sonata, the Cello Sonata, and other pieces. The performance is in conjunction with the San Francisco International Piano Festival (see below).

The Firesong Ensemble (consisting this time of soprano Vanessa Langer, pianist Vera Breheda, and cellist JoAnne DeMars, though the group's composition varies) will be at Old First Concerts on 26 August to perform works by Fauré, Debussy, Rachmaninoff, and Schoenberg.

Keyboards & Strings
The San Francisco International Piano Festival (Second Annual) runs from 16 to 26 August at a variety of venues around the bay, from the San Francisco Conservatory of Music to private residences; the programs look like a fun and intriguing mixture of new and old and you can check out the whole schedule here.

The great Taj Mahal appears at the SF Jazz Center from 16 to 19 August.

Early / Baroque Music
American Bach Soloists holds its annual Festival & Academy from 3 to 12 August; this year's theme is The Glorious Court of Dresden. In addition to the Dresden-centered concerts, conductor and Music Director Jeffrey Thomas leads two performances of Handel's Semele and the traditional performances of Bach's Mass in B Minor. There are also master classes, a free baroque marathon, and a colloquium; check out the schedule here. Most performances are at the San Francisco Conservatory of Music or St Mark's Lutheran, also in San Francisco.

Modern / Contemporary Music
As always, remember to check the calendar at the Center for New Music often, as events are added all the time; some things that strike me on the current August listings are Hans Tammen and the San Francisco Third Eye Orchestra on 10 August; Sameer Gupta's A Circle Has No Beginning on 16 August; American Narratives – music for soprano (in this case, Amy Foote) and chamber ensemble by Kyle Hovatter and Emma Logan on 24 August; and There Is a River – music and poetry by David Neita and Deborah Pritchard on 30 August.

Cinematic
The Berkeley Art Museum / Pacific Film Archive is presenting a series of films by Andrei Tarkovsky from 4 to 30 August; I particularly recommend the stunning Andrei Rublev on 9 August.
Posted by Patrick J. Vaz at 6:00 AM No comments: 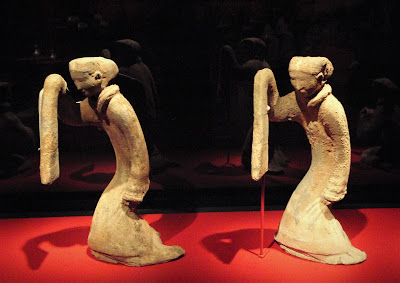 a pair of female dancer figurines, unearthed in Xuzhou, Jiangsu, and displayed at the Asian Art Museum in San Francisco in the exhibit Tomb Treasures: New Discoveries from China's Han Dynasty, February 2017
Posted by Patrick J. Vaz at 6:00 AM No comments: 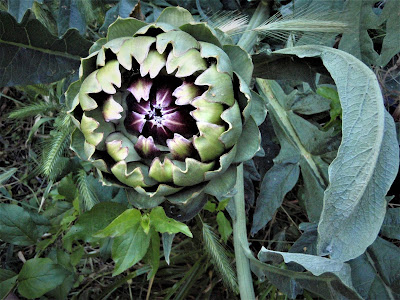 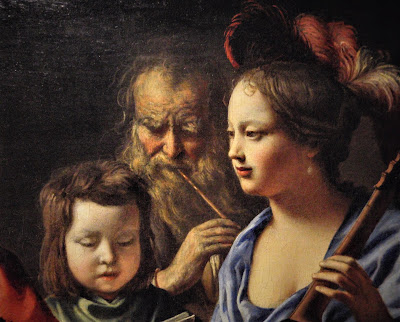 detail of The Concert by the Le Nain Brothers, from the exhibit The Brothers Le Nain: Painters of 17th Century France at the Legion of Honor, San Francisco, October 2016
Posted by Patrick J. Vaz at 6:00 AM No comments: 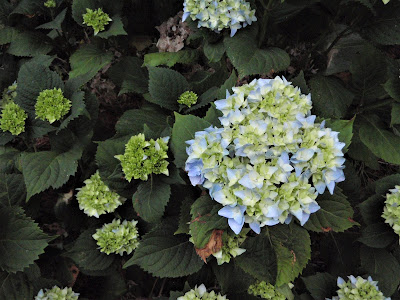 hydrangeas, San Leandro California, May 2017
Posted by Patrick J. Vaz at 6:00 AM No comments: 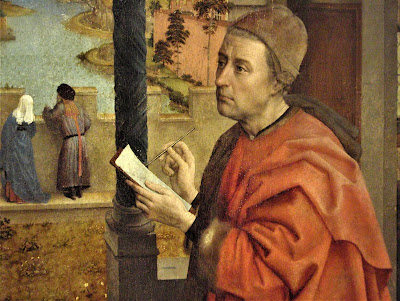 Saint Luke: a detail from Saint Luke Drawing the Virgin by Rogier van der Weyden in the Museum of Fine Arts, Boston
Posted by Patrick J. Vaz at 6:00 AM No comments: 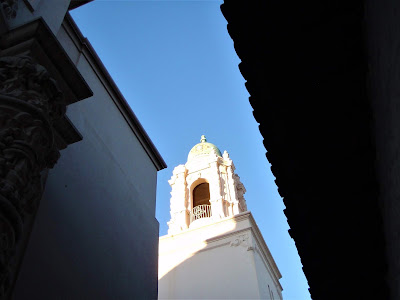 Mission Dolores Basilica, San Francisco, May 2017
Posted by Patrick J. Vaz at 6:00 AM No comments: 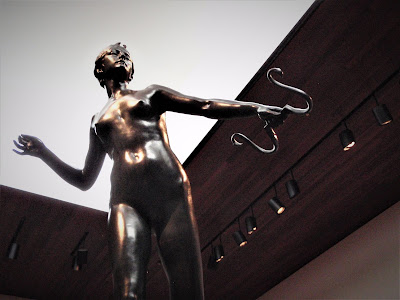 Diana by Frederick William MacMonnies, from the de Young Museum in San Francisco
Posted by Patrick J. Vaz at 6:00 AM No comments: