Aficionados of the baroque have frequent opportunities to hear major and minor works by German, Italian, and English composers, but (apart from the occasional piece by Lully or Rameau) fewer chances to hear their French compeers, so there was a grateful novelty about many of the works presented by American Bach Soloists this past weekend in the opening concerts of their 2015 summer Festival & Academy, which highlights the musicians centered on Versailles and Paris. 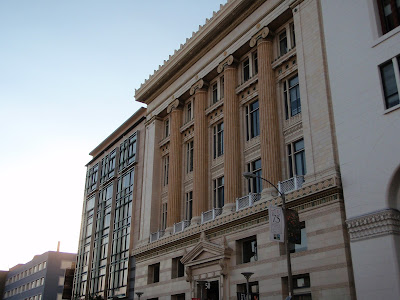 As we gathered in the lobby of the San Francisco Conservatory of Music on Friday night, a band of musicians on the third floor above us played Michel-Richard de Lalande's Concert de trompettes pour les festes sur le canal de Versailles, which reminded some of us of the fanfares at Bayreuth signaling the imminent start of the performance. At this first concert, ABS Artistic & Music Director Jeffrey Thomas led three substantial pieces for small orchestra. The opener was Les Élémens by Jean-Féry Rebel, which recreates musically the creation of the world – form arising from chaos – which makes it a very suitable opening number. Thomas started off by having the band play the themes that illustrated the four elements: air, fire, water, and earth. This was quite useful, though some in the audience found in unaccountably amusing. He then went on to talk about the wild opening, which is meant to illustrate primordial chaos. I think it would have been more effective to let the sound speak for itself; it's meant to be jarring and bizarre and would surely have shocked its first audience – it's still enough to startle us out of whatever preconceptions we might have had about the clarity and order of the French baroque. Far better to have the sound hit you than to have someone tell you, in effect, to brace yourself. That aside, I enjoyed hearing this music live (I had only heard a recording before this). As with much baroque music, dance forms are basic, and the world danced itself into being in a wide variety of rhythms and moods. There was a lovely twittering interlude for les rossignols (the nightingales) as well; the melodious birds had a movement to themselves.

That piece was followed by Suite II in D Major, Op 9 no 2 by Jacques Aubert le Vieux. Like many of the other composers featured in these programs, le Vieux was a performer at the French court (in his case, a violinist) and his compositions grew out of the talents around him and the tastes of Louis XIV. After the intermission came the Ouverture & Suite from Jean-Philippe Rameau's opera Naïs; this time the dance forms were actually intended to be danced to (again, catering to the Sun King's tastes; he was a dancer himself). The elegant concert hall at the San Francisco Conservatory of Music used to be a natatorium (swimming pool does not seem the right word), so I guess it was suitable that we were hearing music written about the water-nymph Naïs. The orchestra throughout was clear and lively and impeccably shaped. 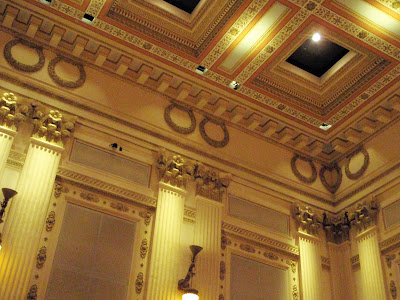 The second concert, on Saturday night, had a number of more intimate chamber pieces, rather than the grander statements of the night before. Years ago I visited Versailles and was struck by how utterly displayed everything was; it was beautiful and even overwhelming, but not really a place of intimacy or eccentricity. This is to say that even in these chamber pieces there was a sense of being displayed to the public eye. The performers this time were faculty members of the ABS Academy; their names were grouped in a headnote to the program, and though it was not that difficult to figure out who was doing what, I would have liked to see the individual names by the individual pieces. Other than that the ABS program book was, as usual, a model of amplitude and elegance, full of interesting articles and attractive pictures.

The concert opened with a Suite in D Major by Marin Marais (the viola da gamba master made famous currently by the film Tous les Matins du Monde). He, too, was a performer as well as composer. That was followed by four Airs de Cour (three by Sébastien le Camus and one by Nicolas de la Grotte) sung by alto Judith Malafronte; then François-André Danican Philidor's Sinfonia I in G Minor; then André Campra's satirical cantata Les Femmes, sung by baritone William Sharp, about a man tired of love and women who leaves them all behind to become a hermit (or so he says). Then came the intermission, and after that a riposte to the Campra by Quirinus van Blankenburg, an organist outraged by what I have to say was the fairly gentle satire of Les Femmes into producing L'Apologie des Femmes, in which a man (bass-baritone Max van Egmond) flees the horrors of the wilderness to enjoy the company of a delightful variety of women. It would be amusing to know what the women thought of both these characters. 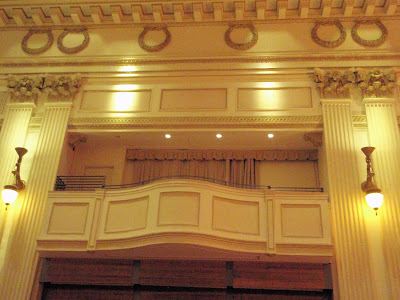 The concert concluded with two instrumental pieces, the Sonata in A Major, Op 51, no 5 by Joseph Bodin de Boismortier and François Couperin's Troisième Ordre, "L'Impériale" – a cellphone went off during that piece, and I have to say I was dismayed by the number of attendees at this concert who were apparently students at the Academy who pulled out their phones at the slightest pause in the proceedings. The splendid players deserved more attention and respect; they were, in addition to the singers I have mentioned, Elizabeth Blumenstock on violin, Corey Jamason on harpsichord, Steven Lehning on viola da gamba, Robert Mealy on violin, Sandra Miller on flute, Debra Nagy on oboe, William Skeen on violoncello and viola da gamba, Kenneth Slowik on viola da gamba, and Dominic Teresi on bassoon.

The festival is continuing through this week; check here for a full schedule, including the rare opportunity to hear Marin Marais's opera Sémélé.
Posted by Patrick J. Vaz at 8:00 AM

I had no idea that was what the big concert hall at the Conservatory used to be! I will definitely have that picture in mind whenever I hear water-related music there now.

I can't remember who told me that, but I do like the thought of it. The pool at the Embarcadero Y that I used to go to was nowhere near as elegant.