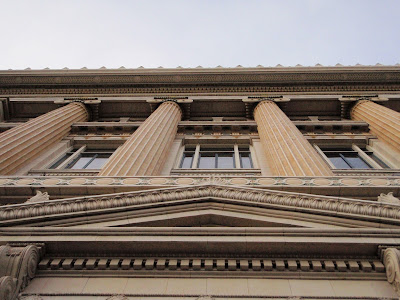 Last night I was at my fourth and final concert in American Bach Soloists's summer Festival & Academy. (There were plenty of other offerings, including a two-day baroque music marathon and the traditional Festival performances of the Mass in B Minor, but I did not go to those.) The first three performances I saw linked back to the Festival's theme for this year, Versailles and the Parisian Baroque. Saturday's concert was a bit of a departure, featuring John Thiessen on baroque trumpet – I almost wrote "playing virtuoso music for baroque trumpet" but almost any music written for that ornery instrument is virtuoso by definition. He was joined by Elizabeth Blumenstock on violin, Corey Jamason on organ and harpsichord, Katherine Kyme on viola, Steven Lehning on contrabass, Robert Mealy on violin, William Skeen on violoncello, and Kenneth Slowik on violoncello and viola da gamba.

Given its basic sound, and its consequent association with hunting and war-making, much of the trumpet music was brilliant and stirring in nature. In between horn pieces there were small chamber ensembles displaying a different type of virtuosity. I've heard awkward splats from baroque horns – I remember one performance of Messiah, years ago in Boston, when the usually expert trumpeter suddenly lost it during, of all arias, The Trumpet Shall Sound – but there were none last night, just impressive control and gleaming stretches of music. There were many short pieces, ranging from obscure to familiar, so it was a nicely varied program. First was the Sonata detta del Nero for Trumpet & Basso Continuo by Girolamo Fantini, a piece taken from a seventeenth-century volume offering sample pieces to help aspiring professional trumpeters master their craft. It was brief and brilliant. 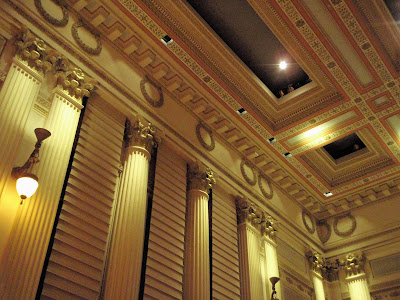 The second piece was an air for strings by Marco Uccellini, but not the one listed in the program, which was "un bel concerto" for "la Gallina e il Cucco" – Blumenstock amusingly informed us that "the hen and the cuckoo have flown off" but I did not catch the name of the other piece from that collection that they substituted. After that Thiessen came out again, this time joined by soprano Kathryn Mueller, for Alessandro Scarlatti's cantata Su le sponde del Tebro (On the banks of the Tiber), in which the shepherd Aminta laments his unrequited love. The trumpet is an interesting choice of accompaniment for such a lament; it does its stirring martial thing when he's trying to take heart, or comparing love to war, but there are also long low soft tones that convey surprising degrees of melancholy and despair. Mueller has a clear, bright, and expressive voice. The first half ended with the Sonata in A Major for Violoncello & Basso continuo (no. 15) by Antonio Caldara and then the only trumpet work attributed to Arcangelo Corelli, the Sonata a Quattro for Trumpet, Two Violins, & Basso continuo.

The second half had some more familiar pieces, starting off with Jeremiah Clarke's Suite of Ayres for the Theatre for Trumpet, Strings, & Basso continuo, followed by Purcell's Sonata V in G Minor for strings, and then concluding with Handel's Let the Bright Seraphim from Samson. Mueller rejoined the group for that piece, and it was fun watching her and Thiessen play off each other. All in all a very satisfying concert, even for an audience still buzzing from the revelation of Sémélé.

You can check out ABS's forthcoming season here. 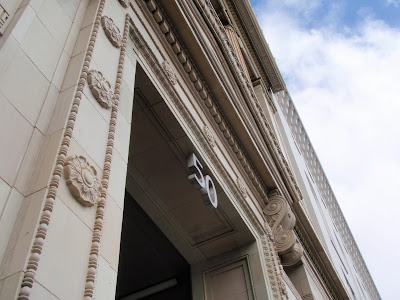