If you're interested in medieval and/or baroque sculpture, the Legion of Honor has a couple of small temporary exhibits you shouldn't miss. 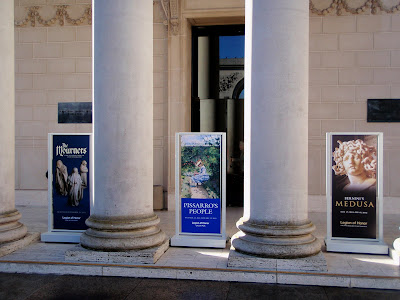 First are the Burgundian mourners in their alabaster hoodies. They've been on display for a few months but will be leaving with the year, so if you've been putting off the admittedly onerous trip up to the Legion you only have a couple more weeks if you want to see them. 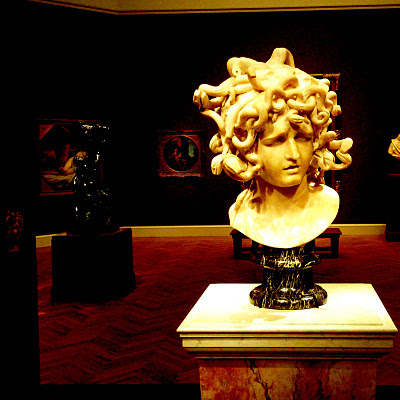 You have a little longer (until 19 February 2012) to see the Medusa by the great baroque sculptor and architect Bernini, on loan from the Musei Capitolini in Rome, a city memorably shaped by the buildings, sculptures, and fountains he designed. 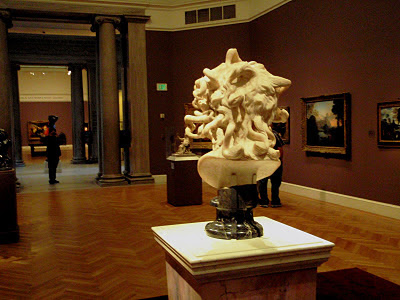 As with his famous Apollo and Daphne, Bernini depicts the moment of metamorphosis, thereby displaying at their height both the psychological drama of the sculpture and his ability to capture varying textures (hair, snakeskin, flesh, cloth, limbs and leaves) in a single block of marble. 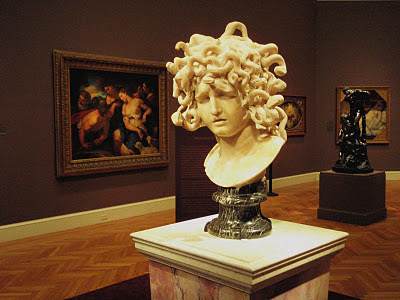 The once beautiful and vain Medusa is suddenly aware that the vindictive (or just) gods are punishing her arrogance with a transformation that will literally petrify with horror those who look on her. 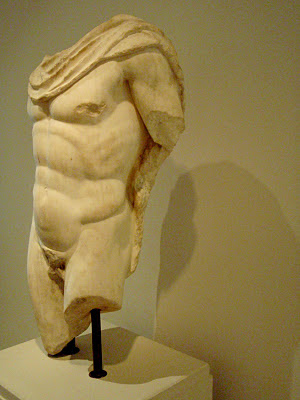 The Bernini is on display in the museum's baroque gallery (take time to admire their fine Guercino!), but classical fragments can also be found elsewhere.
Posted by Patrick J. Vaz at 4:05 PM