love the one you're with

Last month at San Francisco Opera I was at the second performance of Handel’s Xerxes, a company premiere presented in Nicholas Hytner’s long-lived production from the English National Opera. (Michael Walling was the revival director.) I was in London the year after its premiere and as a general sign of devotion to Handel I bought the poster in the ENO shop, though the opera itself wasn’t on the schedule during my time there. Decades of going to baroque operas, and before last month I had never seen a live performance of Xerxes! I did at one point see the DVD of the ENO production, which was sung in English translation, since that is (or was) ENO’s house policy, a policy which explains why they called Handel’s Serse Xerxes; SF Opera kept that version of the name, although the opera was sung here in Italian. Presumably the name was left as Xerxes to avoid confusing people.

Speaking of confusing people, companies really should omit plot summaries in the program books for most baroque operas. Several years ago one of SF Opera’s training programs presented Handel's Ezio, which I attended with V. She was looking at the program and I saw a look of baffled panic start to appear on her face. I said, “You’re reading the synopsis, aren’t you? Don’t. It will confuse you completely. It’s full of things like ‘A, disguised as the shepherd B, is pursued by the tyrant C, though she loves D, who is traveling under the name of E, and is seeking revenge on F. . . .’ I guarantee that if you just watch the action it will all make perfect sense. If you read the synopsis, you will be completely confused forever.” Never read the synopsis for baroque opera: this is infallible advice for understanding the stage action. 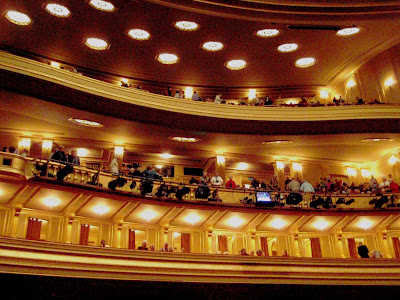 Anyway, as for Xerxes: on the whole, it was beautifully sung in a stylish production, though I had the sad feeling that under different circumstances I would have been enjoying it more than I can honestly say I did. For one thing, it was a Friday night, and even with a 7:30 start time it is a long evening (nearly four hours) at the end of a work week. My regular subscription, back when I had one, was on Friday nights, so I had to keep reminding myself that I was often tired on those nights too, as otherwise the evening was a depressing reminder of what aging does to our involvement even in things we love.

Also, the people around me, obviously immersed in the movement towards historically-informed performance practice, were behaving with authentic eighteenth-century rudeness: there was lots of chatting, coughing, smooching, and so forth during the performance, particularly from a group of egregious Germans right in front of me. One of them was a woman with an extremely large head, which was blocking quite a bit of the stage. Since I was in the second row and am over six feet tall, I just wasn’t expecting my view to be blocked (yes, I know that sometimes people behind me are not happy to be behind me). I wish audience behavior didn’t affect me so much, but it does. There may be a secret to the ability to concentrate completely on the multitudinous sights and actions and noises from the stage while simultaneously blocking out everything else, but I have sadly not been able to discover it. 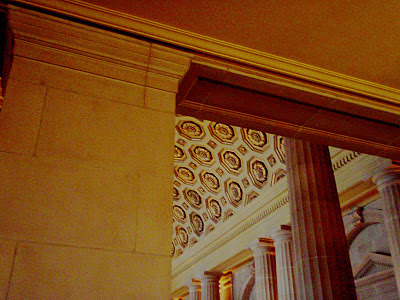 At the end of the first act the bald German man announced that “this is different from Wagner” – in fact he said it twice – and then he and his gang disappeared during the second act, which as a result I enjoyed quite a bit more. Unfortunately they returned for Act 3. I don’t know where they were in the meantime, or how they managed to adjust themselves to the tremendous discovery that Handel is not like Wagner.

So all along I’m feeling that this will possibly be my only chance to see this opera live – certainly it’s my only chance to experience this particular performance, for which I paid quite a lot – and for reasons not having much to do with the work itself, I’m feeling fairly low and let-down. Very sad for me. 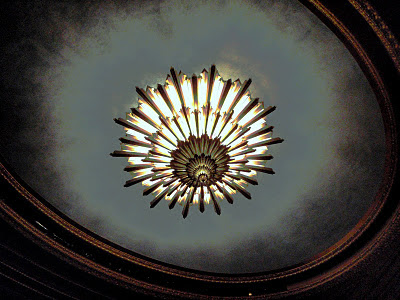 Well, I did have one major complaint about the performance: much of the acting was too cartoony for me. You don’t need me to tell you that Susan Graham was commanding and sang beautifully as Xerxes, but Xerxes’s arbitrary and peremptory love for Romilda (Lisette Oropesa), the beloved of his brother Arsamenes (David Daniels) . . . damn, I wanted to avoid the plot summaries! Anyway, the interlocking love affairs were too frequently played for goofiness. The comic situations are more comic if those involved are clearly very serious about what they’re doing. (This also is infallible advice.)

And the situations aren’t all comic: Xerxes is an absolute monarch, used to having his way, and there should be a sense of real danger when he threatens the lovers who oppose his will. Otherwise there just isn’t much at stake. The action of the opera begins with Xerxes's celebrated aria, Ombra mai fu, whose flowing and noble beauty might obscure the fact that this all-powerful king, who could kill thousands with a mere gesture, is singing a love song to a tree. Xerxes is beyond whimsical and into unbalanced, and that’s obviously a dangerous quality in a person of unchecked powers. 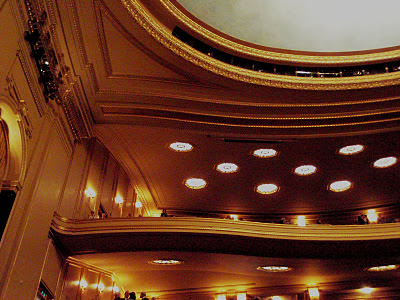 I certainly don’t mean to single out Graham’s performance for this criticism, since she was one example among many. Maybe that is why I was particularly impressed by the Atalanta of Heidi Stober (Atalanta, the sister of Romilda, is secretly in love with Arsamenes, and therefore claims falsely to Xerxes that – argh, I’ve fallen into another plot summary!). She managed to avoid caricature and make a basically appalling woman, manipulative, selfish, and dishonest, into someone sympathetic and understandable. Added to the favorable impression she made in the very different role of Sophie in Werther, I have to say, she’s a singer I’m looking forward to experiencing again. Yes, she also sang with striking beauty, but that alone wouldn’t have set her apart in a cast that included Graham and David Daniels. Lisette Oropesa also held her own in this company, and I have to mention Michael Sumuel, who was genuinely funny as Arsamenes’s servant Elviro (he’s a servant, so he’s meant to be comic).
Posted by Patrick J. Vaz at 9:27 PM

You see, I am so with you on this one. I know everyone couldn't stop going on about how great this was, but I felt like I should have been enjoying it more than I was. I still think the staging for all its wit, looks its stated age.

And I thought the headline performances from Graham and Daniels came off as lazy on all counts. The whole thing was far to jokey.

If I'm going to be completely honest, yeah, I'd have to say that the night I was there, Graham and Daniels were not quite in their best form as they started off, though they steadily improved. I didn't want to be one of those people who nitpicks note by note, because I think you need to experience a performance as an organic living whole.

And I really don't understand the over-reliance on jokiness for baroque dramatic works -- this is not the first time I've seen this. Philharmonia Baroque often does the same thing, which is odd since baroque is what they do. If people find these works absurd, well, why are they staging them? Also, absurd is not the same thing as silly -- you can commit to absurdity and really make it work dramatically, as in Oedipus the King. (I'm just looking for a motivation for the cartoony approach; I personally do not find these works absurd; they're just in a style that is not necessarily our current style.)

Given the lackluster SF Opera season, though, I can't blame people for seizing on the pleasures of this work. On the other hand, I have a friend who went and found it suffocatingly stylized and artificial. I think it was his first baroque opera, so I don't know if his reaction is to this production or to baroque opera in general or to some combo of the two, but I did get the impression that if the scenes had been played more naturally he would have responded better.