I went out to Davies Hall a week or two ago to hear Michael Tilson Thomas conduct the German Requiem. As I entered the lobby I noticed a number of strikingly beautiful young women in semi-exotic Arabian/stewardess garb (and yes, I mean Arabian as in the Nights, and I mean stewardess and not flight attendant). I cast my eyes downward with appropriate and becoming modesty and made it through unscathed in my self-created burka-aura, though the ladies didn’t seem particularly interested in offering me what they were offering everyone else who passed, which was a chance to win two round-trip Emirates Business Class tickets from San Francisco to Dubai. I know this because the programs contained annoying little red drop-in cards with an entry blank and the news that this was how the Symphony was welcoming Emirates as their official airline. I have no idea what the duties of an official airline are, or how they concern the audience. I was bemused at the thought that a group of people excited about hearing the Brahms Requiem would also be excited about the prospect of a trip to Dubai, which sounds as if it's just a tacky giant mall in the middle of nothingness. “For here we have no continuing city” indeed. For that I can stay in America. 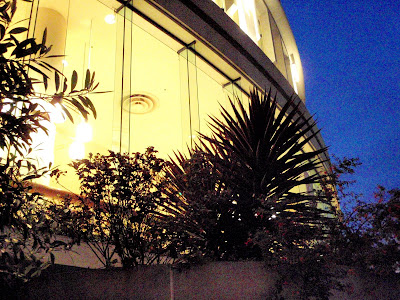 The original plan was for the concert to open with a new piece by Sofia Gubaidulina; sadly she was not able to oblige, but the excellent substitutes were a short choral piece (Ich bin ein rechter Weinstock/I am the true vine) by Heinrich Schutz and Schoenberg’s Five Pieces for Orchestra. Since Schutz was on Brahms’s mind in the Requiem, and since Schoenberg admired Brahms, it all tied together nicely, and I am always happy to hear either Schutz or Schoenberg, let alone both, though it was a little difficult to hear the Schoenberg since the dowager behind me crinkled a plastic bag on her lap for the entire duration of the piece. I had mixed feelings about having an intermission after two short pieces – it would have been interesting to plunge right into the Brahms, I thought, and cumulatively not much longer than some of Mahler’s symphonies – but at least the break gave her a chance to put the bag under her chair, where it should have been all along. There was a young woman behind me with Chica Loca tattooed in sweetly flowing script across the tops of her sweetly flowing breasts. She behaved impeccably, which did not surprise me, since anyone with a Chica Loca tattoo who shows up for Brahms is unquestionably really into him.

I thought the Brahms was magnificent. This piece can seem so familiar, but the performance managed to make it sound new and even strange without taffy-pulling it into pointless eccentricity. I particularly liked the faster tempo for the second movement (Denn alles Fleisch es ist wie Gras/For all flesh is as grass, which might be my favorite movement anyway), which gave it a glowing, lilting, dance-like quality, like some mystical moonlit processional swaying past in the night, mourning with a mysterious joy. The handsome bass-baritone Kyle Ketelsen was the male soloist, and there was an extra dimension of poignancy in hearing his supple virile young voice singing of the brevity of life. Jane Archibald was gleaming and evanescent in her movement, as if she were singing to us from a dream. And the chorus was stupendous, as they so regularly are. 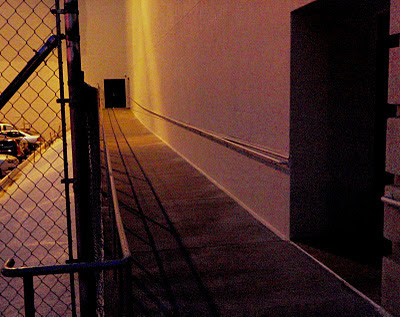 Death seems to bring out the best in the Symphony these days: there was their mighty Verdi Requiem, the revelatory Shostakovich 14, and, because he’s always death-haunted, the epic Mahler 3, and this German Requiem joins that company in my mind.

I wanted to go back for another helping of Brahms (Gil Shaham playing the Violin Concerto) with a side of Schoenberg (his orchestration of the Brahms Piano Quartet) the week after, since it was the Friday after Thanksgiving and I had to work anyway and the concert was at 6:30 so I wouldn’t have to wait around too long, but there were no rush tickets available, which might have been just as well since I was so tired that day I didn’t even re-heat turkey when I got home, I just ate pie all evening, and so another day passed.
Posted by Patrick J. Vaz at 7:04 PM

"I just ate pie all evening, and so another day passed." And then you die.

As you know, I'm doing a personal embargo on Requiems for a while, but so happy to hear you had a good time dancing to Brahms & Death.

You got the point of my final paragraph exactly, so thank you.