Philadelphia's cathedral is dedicated to Sts Peter and Paul, and the eponymous saints flank the main entrance. 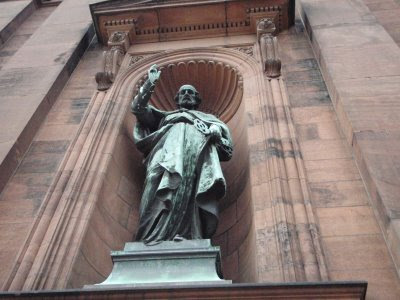 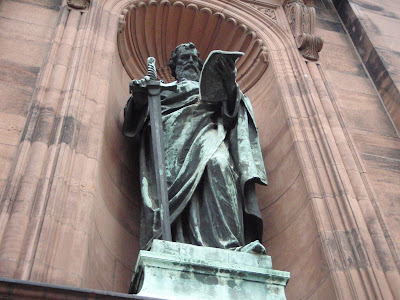 I went to the cathedral before I had my revelation that in the new digital age I could take lots of pictures and not worry about using up exposures, so I don't have that many pictures. (On the other hand, my battery kept running low, so I did have to keep an eye on that.) I also realized that I tended to take close-up or fragmentary shots of things, possibly because I've always been incredibly near-sighted. I tended to avoid the postcard shots, but then I don't have the postcards, so I don't have pictures of the whole edifice. 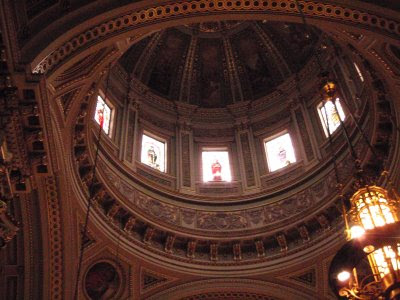 The facade of the cathedral is fairly plain, but the inside is quite elaborate and beautiful. It was built between 1846 and 1864, in a style that is obviously indebted to St Peter's Basilica in Rome. The building doesn't have large side windows, as a precaution against the anti-Catholic riots of the Know-Nothing era, and that may be why most of the decoration is interior as well. 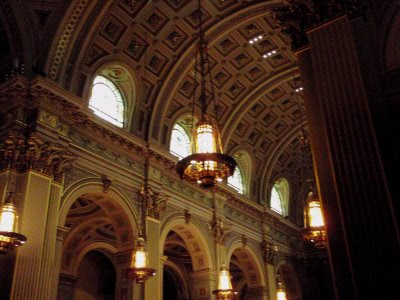 The Stations of the Cross are done in sculpture; below is Station X, Jesus is stripped before the Crucifixion. 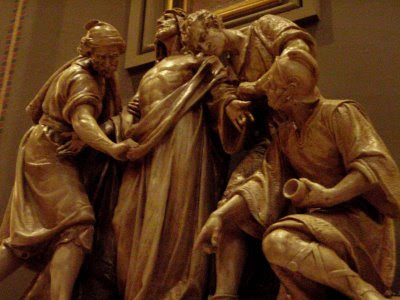 Below is the Lutheran Church of the Holy Communion, on Chestnut Street, down several blocks from my hotel. 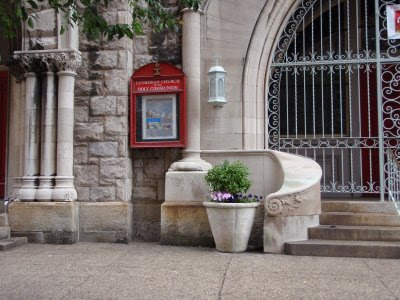 The Theosophists, somewhat to my surprise, are still a presence; below is their building right off swank Rittenhouse Square. 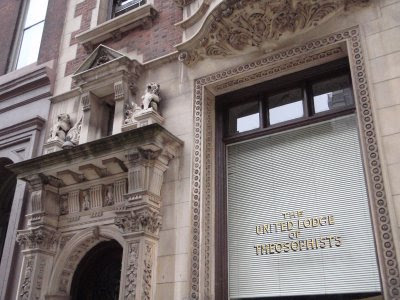 And I was surprised and amused to see Mme Blavatsky hanging on the wall of the White Dog Inn. 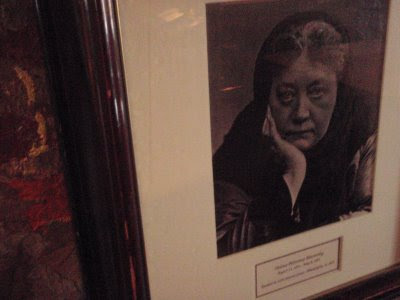 Below is the Masonic Temple, which is right by City Hall and which, I discovered too late, has tours for the public. 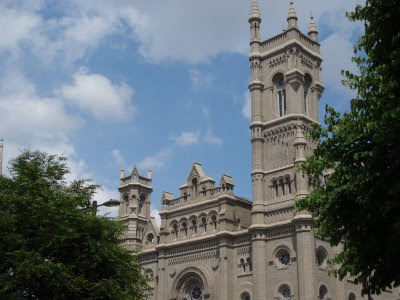 St Clement's, an Anglo-Catholic Church near the Academy of Science, is below. 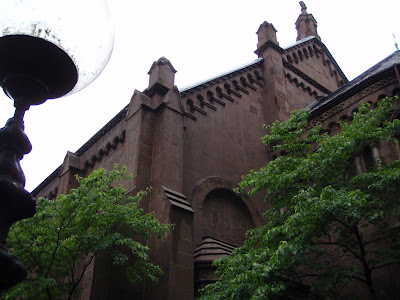 And this is the AME (African Methodist Episcopal) Temple, shown from the park across the street. It's near the Dock Street brewery, where we had gathered for beer-related purposes. As we passed the temple Sunday morning, I was surprised and disappointed that the music for their service was recorded and not live. 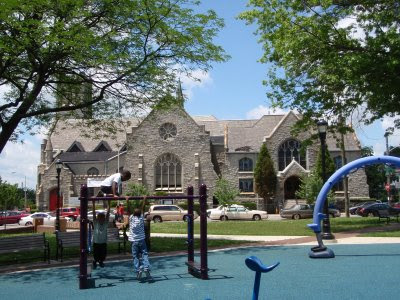 It happens that on my recent trip to Yellowstone, there was a photography teacher on board. On the first day, he advised us that if we wanted our battery power to last we should refrain from reviewing photos after taking them. He said that took a lot of power. I took his advice and didn't have to change batteries once on the trip.
Since you are clearly enjoying your camera, and since I am enjoying the fruits of your labors, I would suggest you might want to invest in a second battery so that you can just change batteries when power runs low.
I've never been to Philadelphia, but the church pictures alone make me want to visit.

You know perfectly well I wasn't reviewing the pictures after taking them, because that would require me to read the instructions. I'll eventually learn how to do that. So the great battery mystery continues.