Philadelphia's insanely ornate City Hall took thirty years to build and was completed in 1900. For decades nothing was built that would rise above the building's topper, a 27-ton bronze statue of the colony's Quaker founder, William Penn. In the late 1980s (of course!), developers decided that was old-fashioned, and the usual city skyscrapers now surround the building. 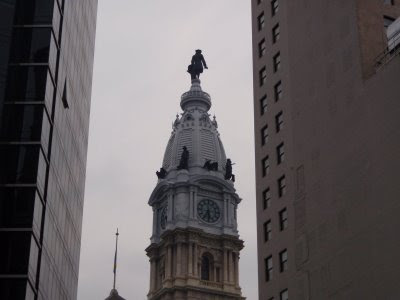 It's the type of building the modernists rebelled against, but unless you have a heavy emotional investment in the International Style, it's a wonder of its kind. I think it's a welcome reminder of a time when Americans felt public buildings were worth time, money, and their top designers. 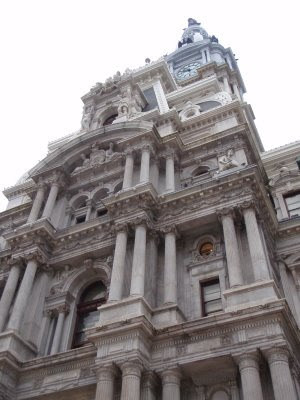 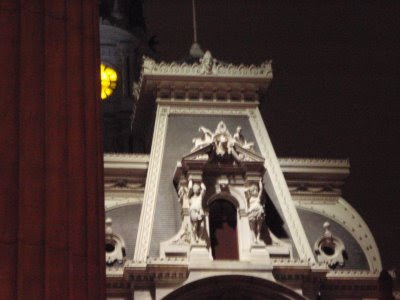 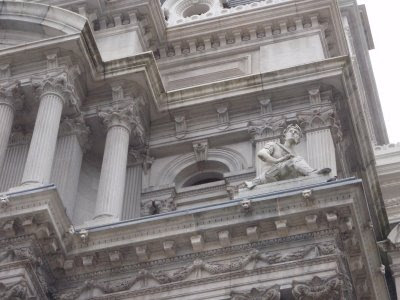 There are statues all around the building, including the monument below to President McKinley, who was assasinated by the anarchist Leon Czolgosz. Presumably that's why the monument refers to him as a martyr, but even given the shock of assasination I don't think he really qualifies in that category. 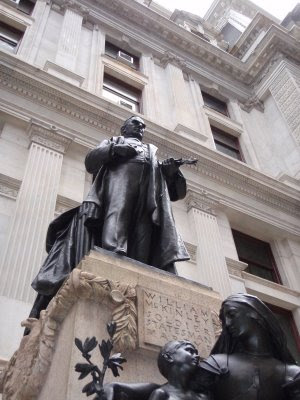 The naked prepubescent boy being protected/guided/inspired by the woman in the breastplate sort of amused me as being very typical of the art of its day and something that would never be done for a similar statue today, unless some daring artist wanted to create a scandal. 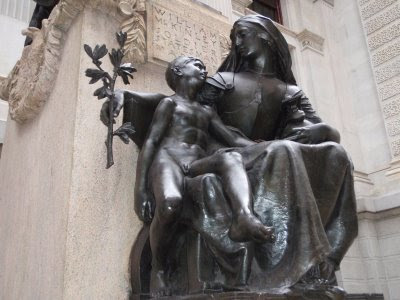 One of the arches features a fairly bug-eyed portrait of Ben Franklin; though an admirable man and the patron saint of the city, his is not really a countenance formed for neo-classical sculpture (which is part of his appeal). 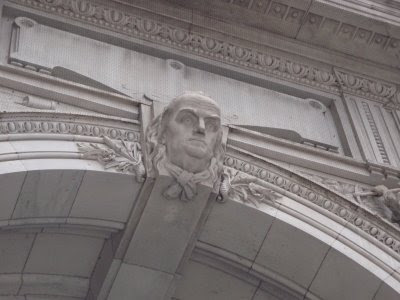 Right across the street, and in contrast to the other surrounding statues, is Claes Oldenburg's Clothespin; elsewhere it might look like forced and costly whimsy, but in this company it looks austere and elegant. 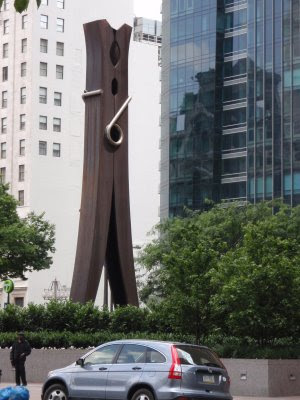 I love the clothespin. It is elegant.
The Ben Franklin cracks me up. It reminds me of Disneyland's Haunted Mansion. I expect him to start singing.