such notes as, warbled to the string, drew iron tears down Pluto's cheek and made Hell grant what Love did seek

Last Sunday I went to Magnificat’s twentieth season opener, which was Marc-Antoine Charpentier’s La Descente d’Orphee aux Enfers. I had not previously been to St Mark’s Lutheran Church in San Francisco, which is a lovely small late-nineteenth-century building right off Van Ness Avenue, across one street from a Unitarian Church and across another street from St Mary’s Cathedral, forming a kind of triangle of presumptive holiness right near City Hall. The unseasonable and unpleasant heat continued and it was sweltering inside the church. I sat drenched in a pew before the concert, feeling we must already be approaching the infernal flames. 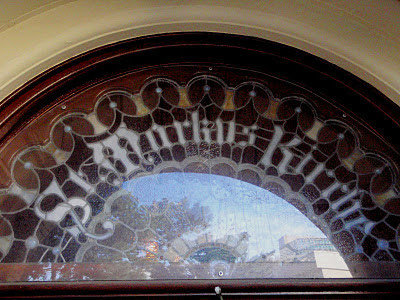 I could have sat up in the reserved seat for subscribers (Magnificat has a very exciting-looking season coming up, hence the subscription) but there was a talk going on when I entered and it was difficult to find a place after that was over, so I ended up on the center aisle about half-way back. The audience was a little odd – I mean, not in the “early music odd” way, which is kind of endearing and delightful, though those people were there too; I mean, some idiots actually brought a toddler, and there was an unusual amount of whispering for a small audience at a concert of specialized repertory. The woman behind me started whispering very loudly as soon as the music started. I turned around to glare and she promptly moved to the other end of the pew, followed by her husband. She did stop whispering, though; I know because I still could have heard her from where I was. Why would anyone talk during such rare and entrancing music?

I had only heard Magnificat once before, at their puppet opera presentation of Caccini’s La Liberazione di Ruggiero dall’Isola d’Alcina, and, dumb-ass audience members aside, this was a beautiful concert and a wonderful way to spend a late October afternoon, with the sun descending through the stained-glass windows as Orphee descended to Hell. 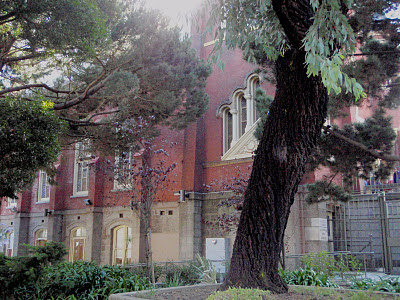 Charpentier’s work is (possibly) unfinished, stopping after Pluto allows Orpheus to take Eurydice back to earth but before he loses her again by breaking Pluto’s one injunction, that he not turn to look at her. This version therefore concludes with a chorus of spirits begging Orphee to stay in Hell, delighting them and forever enchanting them out of their suffering. So it’s sort of a pagan equivalent to the odes to St Cecilia celebrating the powers of music that were popular during the baroque. The surprisingly large cast was solidly excellent, with the standout being, appropriately enough, tenor Aaron Sheehan’s plangent and virile Orphee.
Posted by Patrick J. Vaz at 5:10 PM