Last Friday, thanks to the very kind offices of Mr G/S Y, I had a front-row center ticket at the SF Symphony to hear James Conlon conducting Shostakovich’s Symphony 14 (with soloists Olga Guryakova and Sergei Leiferkus), followed by the Mussorgsky/Ravel Pictures at an Exhibition. 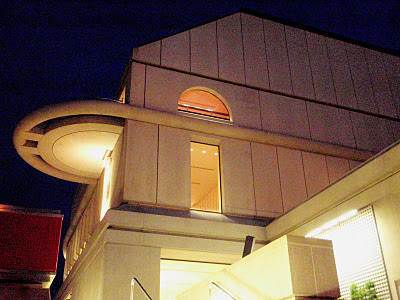 The evening got off to a rocky start when Conlon suddenly wheeled around and blathered for ten minutes before starting the music. I have no idea why he thought this filler was necessary, since the Shostakovich 14 is nearly an hour long, and wasting ten additional minutes just ends up making me aware of how uncomfortable the seats are in Davies Hall. Luckily for me there was no one on my right so I wasn’t as crammed in as usual. Just to show I’m not completely doctrinaire about the conductor-blathering thing, I’ll say that a few years ago I did like the little speech before the Ligeti Requiem, comparing it to a poem by Rilke, given by Michael Tilson Thomas, who is usually one of the worst offenders, so go figure.

But he probably figured the music was a bit of a stretch for most of the Symphony audience (which is one of the reasons I hate the little talks – anything even slightly out of the norm is condescendingly assumed to be beyond our grasp without a babying little pep talk beforehand, as if there weren’t already a program book full of notes and a pre-concert lecture; the result is that the little chat signals that we’re about to get the musical equivalent of fiber and vegetables, instead of something wonderful and new that we should be excited to hear), and quoting Rilke offers us an equivalent way of approaching the work. Conlon unfortunately went for the usual glibness conductors generally use in these talklets, as if they were all pre-fabricated in some condescension factory, and as usual this approach set exactly the wrong tone for the sarcastic, bleakly harrowing and beautiful death-haunted music that followed.

And since I’m complaining – the Symphony inexplicably still does not use surtitles for vocal works. You know, I don’t care if they’re tweeting and on Facebook or whatever – here is an already well-established technological innovation that (let me emphasize this) actually serves the music rather than some bogus sense of trendoid social-fake-networking. So why aren’t they using surtitles? I’ve seen them used for staged operas in Davies, so why not for something that is essentially an hour-long song cycle? The words – Russian versions of poems by Lorca, Apollinaire, Rilke, and Kuchelbecker – are important here. And it might help reduce the constant program-shuffling and -folding, which went on throughout the performance, even though there seemed to be a fair number of Russian-speakers in attendance. 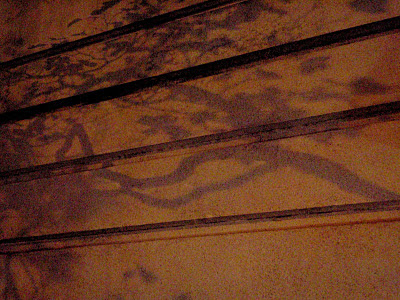 Despite these off-putting and unnecessary Symphony-inflicted drawbacks, this was a pretty wonderful concert. These were the first performances of this work by the San Francisco Symphony, which isn’t as surprising as it might seem since the barn that is Davies is not really suitable for this intimate, almost chamber-music-like work. I have absolutely no idea what the effect was in the back rows of the balconies. I just know that it was very powerful up close. I was practically at the feet of Guryakova, a young blonde soprano who has an appealingly icy beauty of person and voice. She looks like a young Meryl Streep. Hitchcock would have loved her. As she sang her eyes stared over our heads and glittered strangely and fiercely like the blue-green jewels hanging from her ears.

She and Leiferkus were superlative throughout, as was the reduced orchestra. The full band was on stage after intermission for the Mussorgsky/Ravel, which was grand and majestic, though I’m not sure grandeur and majesty are necessarily what best suits this piece. It was quite enjoyable, but almost in an overeating-chocolates way. The Shostakovich certainly was more than enough to stand satisfyingly on its own.
Posted by Patrick J. Vaz at 4:51 PM

On Saturday evening, I believe Conlon's intro blather went on for almost fifteen minutes. Even though he was about three feet away from me (I was also sitting in the front row), I just tuned him out and read the poetry ahead of time.

What a great performance it turned out to be. And you're right about "Pictures" sounding like an over-rich dessert with way too much chocolate, especially after the austerity of the first half.

If no one points out how wrong and obnoxious these chats are, they will continue -- I mean, I'm sure they will anyway, but I figure silence equals consent, you know?

I was really finding it difficult to sit by the end of the hour, and therefore resented the waste of time that caused my discomfort. It's difficult for me to tune someone out who who is standing right in front of me talking at me through a microphone. I wish I could, but I really can't.

Also, I really don't understand the lack of surtitles.