Going to concerts doesn’t leave much time for writing about them. It's been a busy time and I have quite a little backlog built up.

About a week ago I heard Philippe Jaroussky with the Cleveland-based Apollo’s Fire Baroque Orchestra, headed by Jeannette Sorrell, in a program of arias and instrumental works by Handel and Vivaldi. Each program held a little card advertising a free Jaroussky download; these little cards are aptly named dropcards because drop is what they did, littering the floors and corridors in Hertz Hall after the concert like the autumn leaves that had not started to fall even though it was late October because the summer heat had not gone away, and it was downright too hot that Sunday afternoon. It would have been a nice day to lie in the shade or maybe work in a garden, but not so much to be in a packed overheated concert hall, no matter how attractive the program. Also, my allergies were really bad, I guess because of the heat and subsequent confusion among the plants as to when they should release their pollens, and I had taken some meds, so there was that. 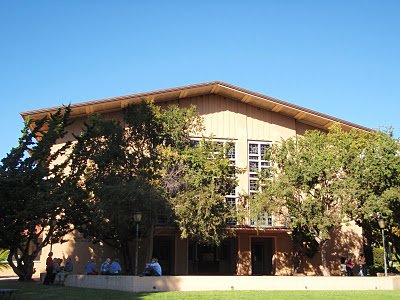 Sorrell, who conducted from the harpsichord, is petite and lively with an explosive mass of curly red hair. She addressed the audience frequently; a little too frequently for my taste, even if I hadn’t been leaning towards the slightly drugged and churlish, since most of what she said was I would think pretty much stuff most of us already knew, since many in the full house were clearly baroque aficionados (and were heading over to hear Viveca Genaux with Philharmonia Baroque at First Congregational right after this concert; in fact a friend generously offered me his ticket since after a week of constant concerts he was concerted out – and if a retired man feels that way, what hope does a working stiff like me have, so I declined with thanks). Sorrell noted that this concert was the group’s “San Francisco debut,” even though we weren’t in San Francisco, and her tone kind of indicated that she knew that but she said it anyway, which I thought was a little odd. So, for the record, it was their Bay Area debut. I’m not a big fan of little talks from the stage, though I do make occasional exceptions, no doubt to the delight of all, and since I was way off to the left side of the hall the spoken remarks sounded a bit muffled (though the music came through fine), which made them a little tiresome to me.

The group had the occasional tuning problem, which is an occupational hazard of playing early-music-style instruments, but on the whole they were fleet and glittering and did Apollo proud, and they clearly enjoyed playing for us as much as we enjoyed listening to them. There were a number of instrumental pieces interspersed with the arias, including several portrayals of tempests at sea or in the soul. Olivier Brault was the violin soloist for a Vivaldi violin concerto (in E-flat, Op. 8, No. 5, "Tempesta di Mare"), and he bobbed up and down with concentrated delight as he played, his long hair tied back in a very eighteenth-century style with a wide yellow ribbon. The concert was officially billed as “Handel and Vivaldi Fireworks,” and though there was plenty of sparkling furor, I thought that Jaroussky’s pure clear countertenor was best suited to the arias of plaintive regret. He is fairly tall and thin and has a Caravaggian face, and his body shakes slightly to his roulades in an oddly birdlike way. 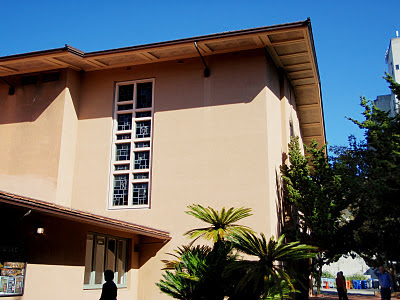 The audience was quite enthusiastic and frankly started getting on my nerves more and more, since their enthusiasm led to more and more exclaiming over the music during the music. I’m thrilled that Jaroussky was singing some random woman’s favorite aria, but maybe she could hold that joy secretly in her heart instead of talking over the music? Same thing for the other random woman when he then sang her favorite aria. And I could have done without the watch-alarm obbligato in the second half.

And I was still under the influence of Simon Keenlyside’s recital a few days earlier, the magnetic fascination of which I completely failed to convey here. At least one friend who was also at both concerts was in the same mood as I was, but then he is a baritone himself and was put off by the cult of the countertenors. So, sorry, but you see how sadly it was with me, and unfortunately I felt a bit disconnected from what was really a quite enjoyable concert. 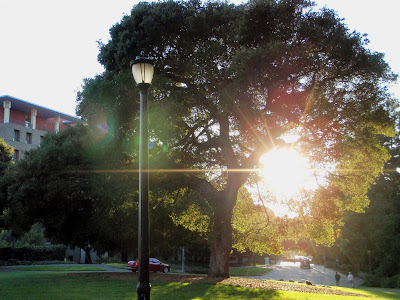 This was my first time hearing Jaroussky live. I became a big fan of his a few years back after watching the DVD of Stefano Landi’s Il Sant’Alessio, in which Jaroussky gives a memorable performance as the titular saint (also known as Saint Alexis), a fifth-century Roman patrician who announced to his wife-to-be on the day of their arranged marriage that he was putting himself in God’s hands and leaving. His family did not see him or hear of him for seventeen years, during which time he wandered as a holy beggar. The abandoned young wife of the unconsummated marriage continued to live with his parents as a daughter, and all mourned his mysterious absence from their lives. After the seventeen years he returned incognito to his father’s house, where no one recognized him, and he lived in a crawlspace under the stairs for another seventeen years as a lowly servant/dependent of the house. His identity was discovered on his deathbed, and a mysterious voice from Heaven proclaimed him a man of God.

This strange, Hawthorne-like fable (in fact Hawthorne wrote a very similar story, about a man who leaves his wife and children and lives secretly for decades apart from them) is brought to mesmerizing life by William Christie and Les Arts Florissants, with strong assistance from director Benjamin Lazar. It’s a really stunningly beautiful production; each shot looks like a baroque painting, which is probably why Jaroussky’s face always reminds me of a Caravaggio.
Posted by Patrick J. Vaz at 7:48 PM