The Aurora Theater is currently presenting The Soldier’s Tale by Stravinsky, a dark little fable brightly told about a soldier who foolishly gives the Devil his violin in exchange for riches (well, there's more, but it's better not to know it in advance). Donald Pippin of Pocket Opera did the clever rhymed translation of CF Ramuz’s book, and Jonathan Khuner did the musical arrangement of Stravinsky’s 1918 work, with “musical collaboration” (which I think means “performance,” though maybe they also worked on the arrangements) by Earplay. The music is very attractively jazzy; if I were listening to it cold I would have guessed that at least parts of it were by Kurt Weill in his Berlin days.

I went to a preview performance on a Tuesday, since Aurora’s Tuesday shows start at 7:00. The work is slightly over an hour, so it occurred to me that if they’d started on time (instead of about ten minutes after the hour) we would have been getting out around the time most theaters were just starting their performances. I’d rather have the time after the performance than have to waste it beforehand, so I love the Aurora's Tuesdays. 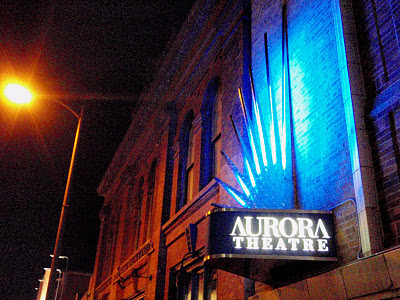 The show was conceived by former SF Ballet dancer Muriel Maffre, who also played the Daughter of the King, operated the soldier puppet, choreographed the work, and co-directed it with Aurora Artistic Director Tom Ross. Not surprisingly she dances exquisitely and memorably in her bit at the end, though equally memorable in a different way is the Devil’s flailing contorted dance which follows; the Devil, billed as The Devil in Various Disguises, is Joan Mankin, with a wild mop of reddish hair and a progressively greener face. Mankin has a weirdly sexy Lotte Lenya-type vibe going on, and it says a lot for the power of Maffre’s quieter performance, and for L. Peter Callender as the elegant narrator, that they can hold their own against her manic energy.

I do wish they would rethink the design of the marionette soldier, which has a large moon-white cranium tapering down into a narrow pointed chin and dark almond-shaped eyes – the total effect is just too Roswell/Area 51 and I initially found it kind of off-putting. After a while, as with most puppets (except the human kind) I got used to the looks and stopped seeing him as a puppet, but I kept getting occasional space-alien flashes from him.

Other than that, I found the whole thing generally delightful, with enough twists and enough ambiguity to hold the interest. I was amused to see that this work, like Stravinsky's The Rake's Progress, also has a key scene involving a card game with the devil featuring the Queen of Hearts; I have no idea what to make of this, but it might make a stumper of a trivia question for those so minded. 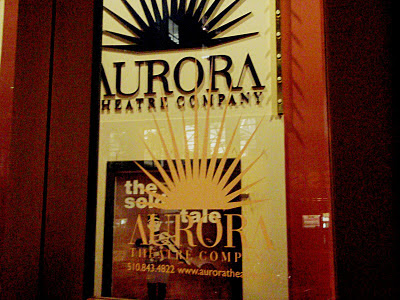 This show would make a wonderful holiday treat for sophisticated children. But don't let the lack of children, sophisticated or otherwise, stop you from going, since it's also a wonderful holiday treat for adults (I thought about going to the Nutcracker this year, since I haven’t seen it in many years, but then I realized that I felt kind of pervy going solo to the Nutcracker, which I realize is a weird reaction, but there it is. Anyway, no worries about going solo to this enjoyable show).

It runs through Dec 18; call the box office at 510-843-4822 or go on-line here if you don't mind that they assign you a random seat rather than let you see everything available (I do mind so I always call the box office, and they are always very helpful).
Posted by Patrick J. Vaz at 6:19 PM