the Sorrows of Young Patrick

You will be astonished, Wilhelm, to learn that I, the artless and ardent acolyte of Nature, found myself last night once again in that Temple of the Artificial, the Opera House. Dearest friend, how strange is the human heart! That I should seek truth and beauty amid the affectations of that fashionable crowd, which you know I abhor! Yet is it not the impure and the false which most set off those soul-wrenching aspirations which I seek tirelessly (yet in a modest and becoming way)? Are even our dreams free of baseness, and is it not a thought which has occurred to many people that life is but a dream?
The evening was warm, and as I passed on my way, one of the honest wanderers of that district begged me to spare a few coins. “My dear fellow!” I cried, “would I could spare you something far greater – the sublime thoughts of that noblest of poets, James MacPherson!” The good man, too modest to speak aloud to one he conceived of as a gentleman, mumbled something – no doubt a request to Heaven to bless me for my generous thoughts. How these simple people love me, and how good it is to see!
It was during the intermission that the incident occurred, rumors of which have no doubt already reached your ear, my dearest Wilhelm! I had found a rare fellow spirit among the usual crowd, and I opened my soul to him, completely forgetting that Tuesday is the night when the whole aristocratic set is accustomed to meet there. As the clique is entirely repulsive to me, I had ignored them, until a black-clad functionary, his mouth strangely scarred, intruded upon us, demanding to know where we sat. You know how upset I am when trivial commonplaces interrupt me when I am speaking from the heart. I was forced to show him my papers – my crime, my dearest friend, was to move to the empty seat A1, rather than my assigned A9! Such are the arbitrary distinctions of rank which are prized by such low spirits!
What dreadful people there are, whose minds are completely absorbed in matters of etiquette, whose thoughts and aspirations all year long turn over the single problem how to push oneself one chair higher at the table! I could see the crowd around me had already begun their whispering, which continued throughout the performance. 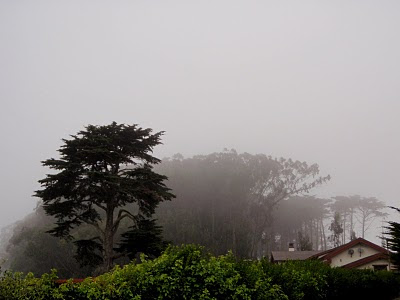 (a symbolic portrait of my anguished soul)
And the performance – oh, my cherished friend! To see a crowd of artists straining for the sublime, and yet to see that it is the composer himself who has failed them! For did he not take the story of our friend Werther, so well known to us both, and turn it into something conventional, something suited to that crowd? Gone is the simple nobility of Albert, now a jealous burgher, and gone is the happy innocence of our Lotte! And yet, would we have so felt the subtlety of our friend’s story, if we had not seen it so dashed upon the rocks? And is not our beloved friend’s anguish still present, though in different form? For the anguish of impossible love is too well known to us, though it still fills our eyes with tears – but the rarer anguish, the longing of the poet for that sweet land of normality, of happy domestic bliss, from which he is forever exiled – is that not the subtler and more piercing anguish?

[THE EDITOR TO THE READER]

I should very much prefer that our friend continue his remarkable story in his own words, for he can go on like this for hours (and what happy hours those are!), and that it were not necessary for me to interrupt the sequence of his thoughts with direct narration. But we know the end – that fevered bed on which he lay is now cold and empty; and silence reigns in his modest rooms. For we must pay for our pleasures! He was forced to go to work to earn the modest wages which kept him in his immodest entertainments.

Suffice it to say that though Massenet made the story of Werther a more conventionally operatic tale of a man who loves a woman who loves him back but is plighted to another, a tale lacking the psychological background and development of the original and therefore somewhat flattening the dramatic curve of the story, there is still enough truth and beauty in the work to make it a moving evening, although the death scene does drag a bit. But Massenet does have his subtleties, though they may not be Goethe’s; the first two acts feature parties, and we see what happens before and after, with the parties themselves taking place offstage, keeping the focus on the intimate and the emotional, though we lose the sense of the social.

The cast is uniformly excellent: Ramon Vargas adds some Puccinian emotional muscle to the unhappy Werther; Brian Mulligan brings his solid presence and beautiful tone to Albert (he last appeared here as Valentin in Faust, so he seems to be making a habit of playing thankless male roles taken from Goethe); and Alice Coote, beloved by us since her piercing Ruggiero in the brilliant Alcina seen here several years ago, embodies not only the warmth and kindness of Charlotte, but the intelligence which would lead a woman like her to realize that steady, considerate, and loving Albert might make a truer and happier path for her life than the deeper, but stranger and flightier, Werther. (He is a man who responds to her tears over her mother’s death by wishing that no lips but his may ever kiss her.) Heidi Stober is all charm and beautiful voice as Sophie; Austin Kness as Bruhlmann, who seems to be moving boxes in every scene, has little to do but does it very handsomely. Christian Van Horn, Susannah Biller, Bojan Knezevic, and Robert MacNeil are all excellent as well. Emmanuel Villaume shaped the orchestra beautifully. The score made me wonder if what I thought of as my dislike of Massenet is merely a dislike of Manon.

The direction and the sets are thoughtful and attractive, though there are some missteps: when Charlotte tells the dying Werther that she will at last give him his kiss, the emotional power of the moment is undercut if we’ve just seen her not only kiss him passionately but roll around on the ground with him. Albert should not be present (silently glowering) when Charlotte re-reads Werther’s old letters and realizes she loves him; a wise and kind woman would not do that in front of her husband, and if Charlotte is not wise and kind, she is not Charlotte. But what a relief to see that San Francisco Opera has not completely given up on thought-provoking stagings, or the less obvious works in the repertory.

Finally, let me recommend that anyone moved to read or re-read The Sorrows of Young Werther before or after the opera should follow that up with Thomas Mann’s Lotte in Weimar: The Beloved Returns, based on the reunion after forty years of Goethe with his original Charlotte; despite the somewhat clumsy Englishing of H.T. Lowe-Porter, it’s still a rich and ironic look at their relationship, and where life and history took them afterwards, and deepens one's appreciation of the original. As for that original, it still held up for me, somewhat to my surprise, as opposed to Abbe Prevost’s Manon Lescaut, the whole of which read to me like a parody of romantic fiction (like something from Jane Austen’s juvenilia).
Posted by Patrick J. Vaz at 11:59 AM

Brilliant- and very, very funny. My one true regret is only that the trials of everday existence prevented you from carrying forward in character until the end.

Thanks! But I was mirroring the structure of the novel. And if I weren't off work today, posting would obviously be postponed. . .

I'm so glad I waited until the cooler temperatures of the morning to read this, since it's hilarious and I could fully enjoy it.
I especially loved the encounter with the "honest wanderer."

How dare you have the effrontery to sit in seat A-1. Don't you know that those seats are reserved for the chosen people, rather than insignificant poets like yourself? I'm so glad the staff can instantly tell the difference.

As for Massenet, his music isn't aging well except for "Werther," which really is beautiful. And in a staging that doesn't have people doing so many screwy things (like rolling around on the floor together when Charlotte is supposed to be deeply repressed), the opera can be very moving. I even saw a great "Manon" once with Sheri Greenawald, of all people, at the San Francisco Opera and had to revise my opinion of that opera which I'd always scorned before.

Nice to see you writing expansively again, with this piece and the Mark Morris appreciation (love the dancers/choreography, hate the audience, but what else is new at Cal Performances).

The thing is, this insignificant poet had already ponied up for an expensive seat -- not quite as expensive as the one four seats away that I slid into, but still expensive enough so that I was surprised when that guy interrupted my conversation and demanded to know where I sat and to see my ticket. When he saw I was in A9 he did graciously inform me that he "could live with that" but that I would have to vacate A1 if anyone bought the seat -- because of course someone might spend $200+ just to see the second half.

The box office was pretty snippy when I bought my subscription, too. I thought Gockley was instituting a new "niceness" policy?

As for Massenet, I've heard recordings and seen DVDs; I guess I'd put him with Meyerbeer as someone who is uneven, or needs to be staged and sung a certain way, or something. But I'd certainly go see something live by either of them.

Except Manon. I like Puccini's, but Massenet's just bugs me. Though, as always, perhaps I just haven' seen that one magical production. . .

By the way, I would disagree that Charlotte is supposed to be deeply repressed, though it is one of the unfortunate effects of this staging (which on the whole I liked a lot-- I'll forgive a lot if something seems thoughtful and ambitious, even if it doesn't always work) that she could be read that way.

And here's something, out of the blue, that I really loved in Coote's performance: the way she paused and waggled her fingers before slicing the bread for the children. It's the kind of thing that would delight children and no wonder they would only take their bread and butter from Charlotte.