Rocky in Triumph is not the only statue around the Philadelphia Museum of Art. I particularly liked this dramatic lion-slayer at the bottom left of the stairs (left as you face the front of the Museum). 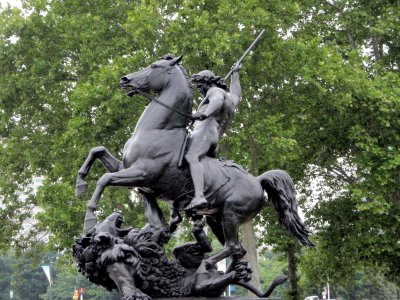 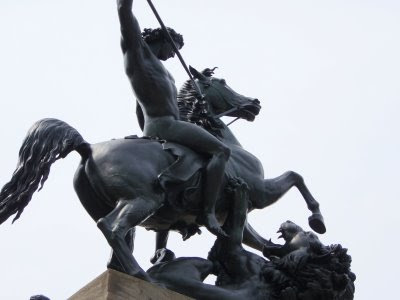 The approach to the museum has plenty of attractive greenery, including lots of pale hydrangeas, as well as statues. 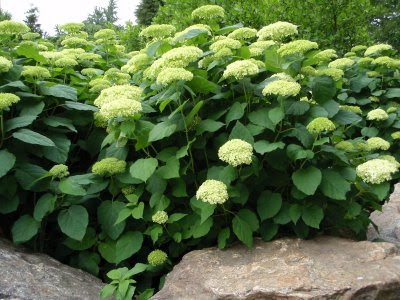 One of the things I liked about this statue was that different angles and approaches give you a different dramatic sense of the action. 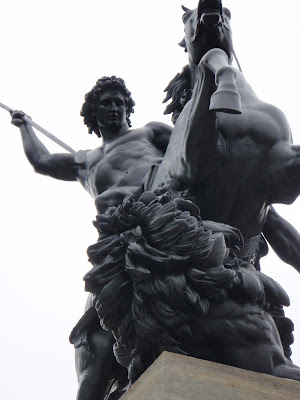 I vaguely recall from my previous trip that this is supposed to be Theseus (and the companion statue on the right, which I will post later, is supposed to be Hippolyta killing a tiger) but my admittedly cursory search into Fodor's and the Museum's own Handbook of the Collections didn't turn up subject or sculptor. Since the Museum building has a very Grecian look, presumably this is a classical hero being heroic. 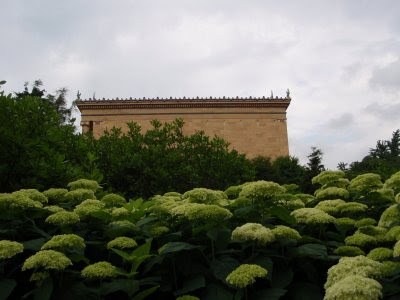 It was muggy and overcast most of the time I was in Philly, and the sun was sometimes coming from unfortunate angles when I was wandering by something snap-worthy, so I was experimenting with different settings and angles. 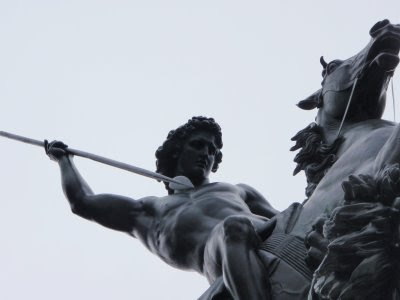 The pictures look one way in the camera, and another when I look at them on my computer at home, and yet another way when I post them here. It wasn't until I saw the enlarged pictures on my computer that I realized several shots had feathers suddenly sprouting out of our hero's head. A bird had landed while I was arranging angles and I didn't notice until I could examine the pictures at leisure. 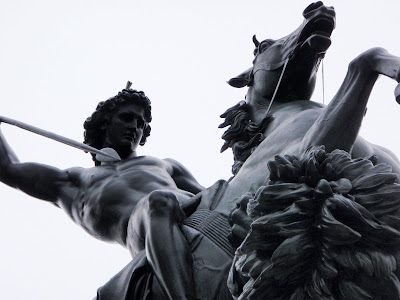