The Schuylkill River runs through Philadelphia. "Schuylkill" was one of those words my eyes had always skimmed over in the past, but now the secret of its pronunciation was finally revealed to me: SKOO-kull. 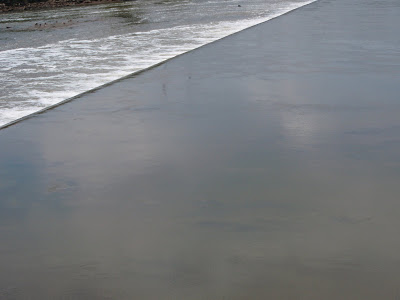 Boathouse Row, which I am told is to Philadelphia as those Steiner Street Victorians are to San Francisco -- the identifying shot you'll always get on the opening montage for the local news -- is on the river, up a bit from the Museum of Art and the Fairmount Waterworks. I saw a few rowers sculling across the river, and I tried to get some Eakins-style shots, but they were too far and too fast. 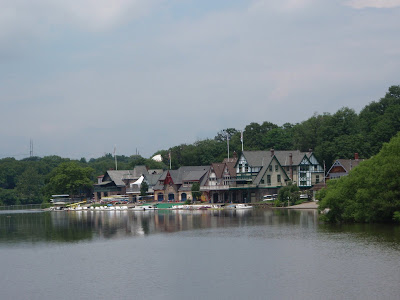 My guidebook says the Fairmount Waterworks were built in 1815, but other sources give other dates, though all make it early enough to qualify as the first municipal waterworks in the United States. 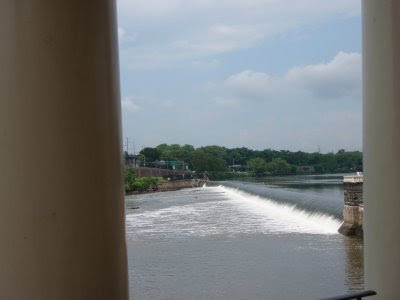 It is an elegantly neo-classical assemblage of buildings, and once again I was impressed that at some point in American public life it was considered worthwhile to lavish money and the best current design talent on a public and utilitarian building. (Frederick Graff is listed as the designer, but I don't know if he designed the actual workings or the buildings as well.) 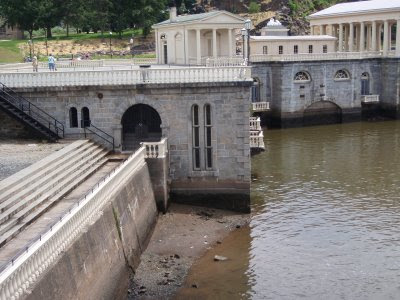 The Museum of Art, though completed much later than the Waterworks (1928), is also neo-classical in style and the two harmonize nicely. 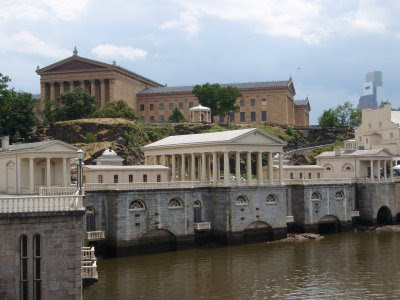 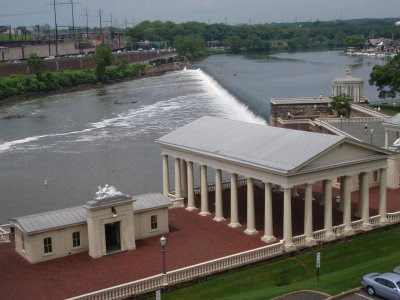 Two of the buildings are surmounted by allegorical sculptures by William Rush, who started out carving figureheads for ships. The originals can now be found up the hill in the art museum. The woman turns a waterwheel which sends carved wooden water from a pipe into a reservoir. The chained old man represents the river controlled by dams and locks. 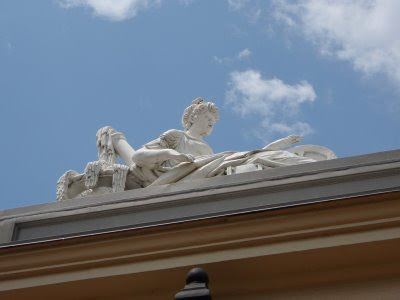 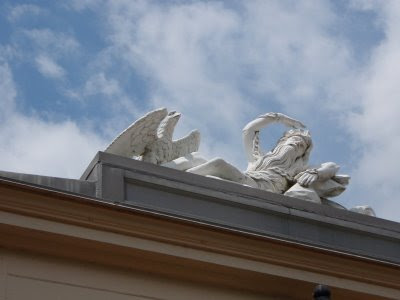 The Waterworks are surrounded by carefully tended and ornate gardens. 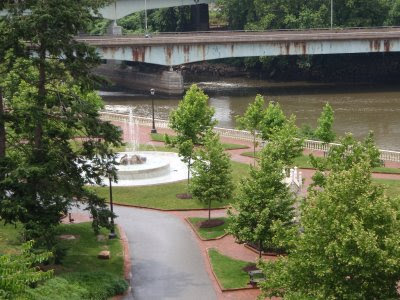 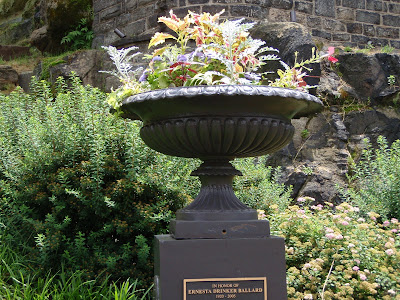 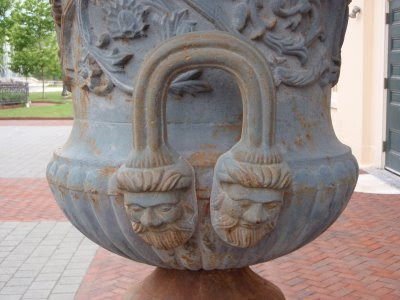 Thanks to my pal Arby for wanting to visit the Waterworks, since otherwise I would have missed them completely. 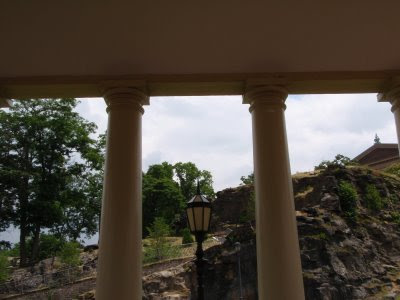 We went into the works themselves while his wife waited in the park with their adorable almost-two-year-old daughter, who was starting to get restless in a pre-lunch, pre-nap way. 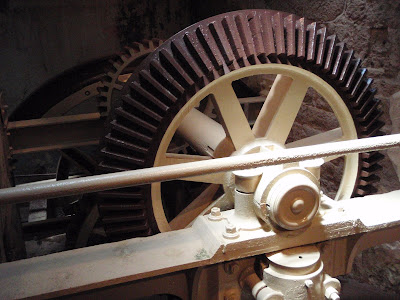 One of the pet peeves we share is that science museums are always aimed at young children, so there were lots of bright posters telling us that pollution was bad, and not enough information on how the system actually worked, though to be fair I should say I might have missed something since we didn't want to keep the others waiting too long. 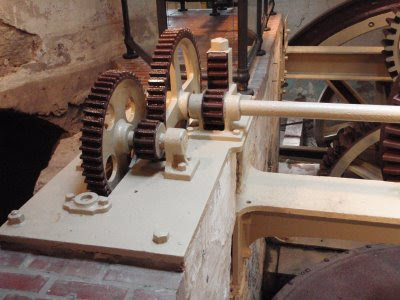 Some of the works are, I think, the originals, though I wasn't sure if they could still function. 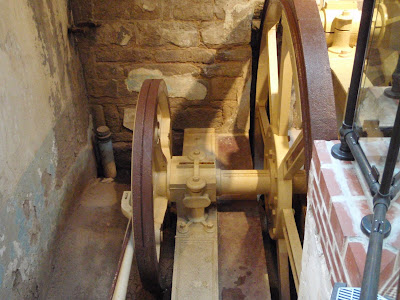 The oddly shaped drainpipes below actually map the course of the Schuylkill River, and the sinks represent the larger cities it flows through. I don't know what idea is behind this peculiar piece of plumbing. It might just be something practical treated impractically, which is a possible definition of art. 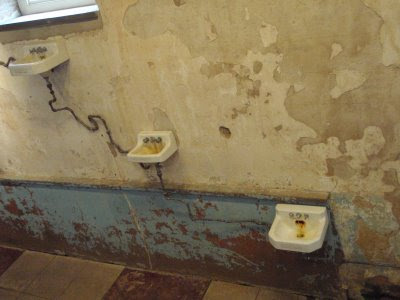 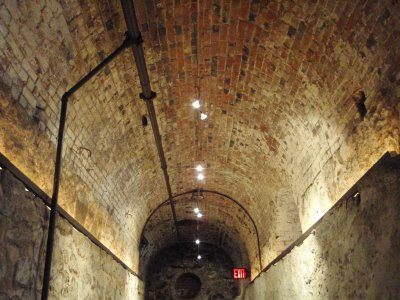 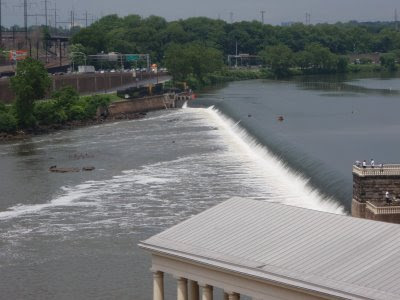 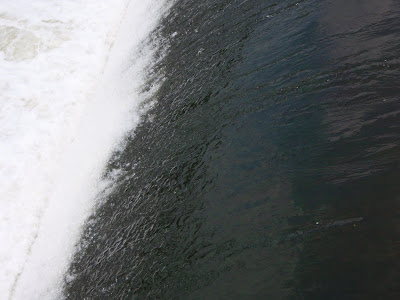