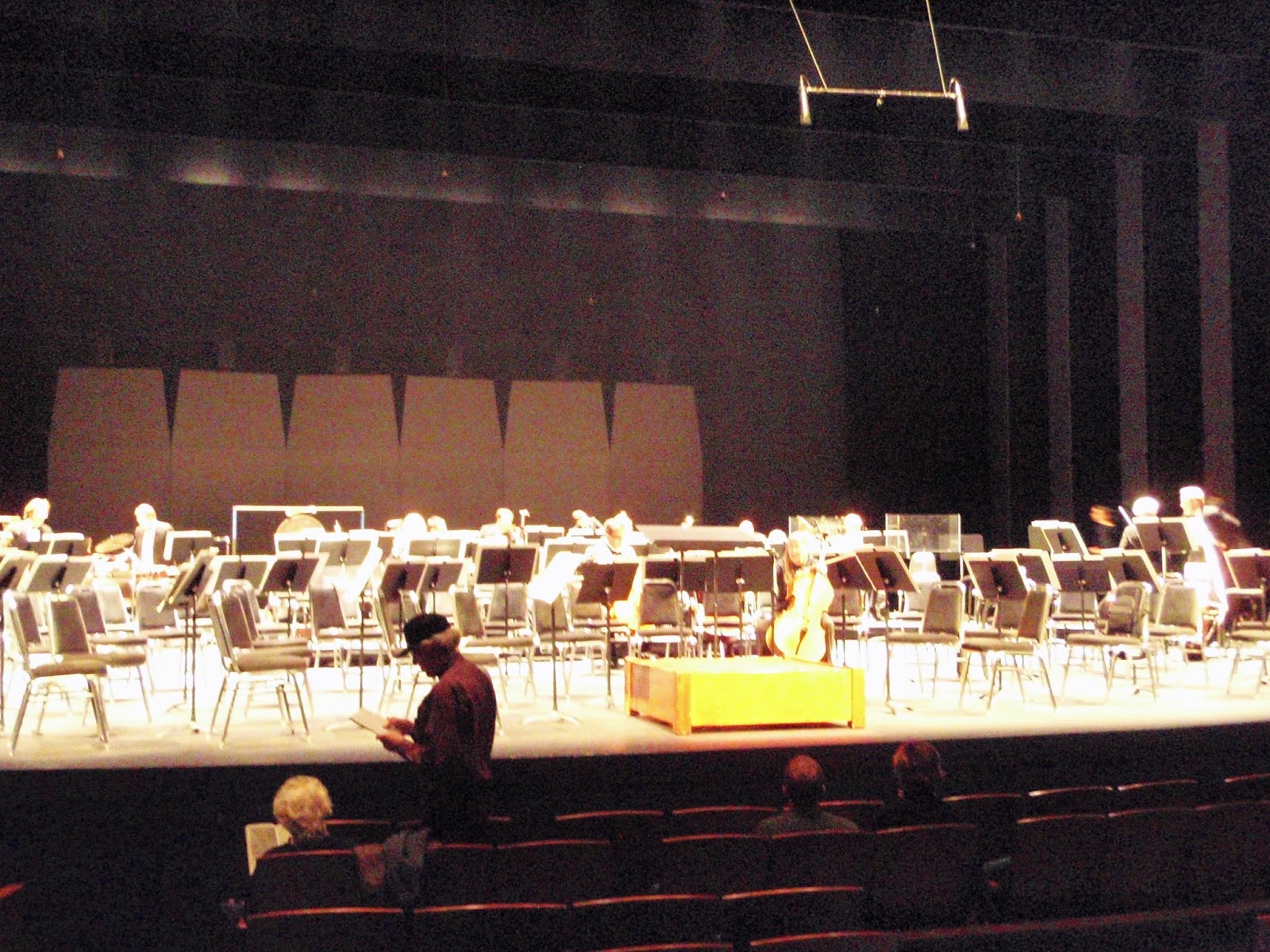 Last Thursday I was at the Berkeley Symphony for their second concert of the season, a double bill featuring Asyla by Thomas Adès on the first half and the Tchaikovsky Pathétique on the second. Music Director Joana Carneiro conducted. Cavernous Zellerbach Hall was looking quite filled up; it's great to see a symphony drawing big crowds by featuring contemporary music, as the Berkeley Symphony regularly does. The concert opened with a couple of people speaking, which I mostly tuned out, because if they're not going to listen to me on the inadvisability of stage speechifying when your work-night concert doesn't even begin until the ridiculous hour of 8:00, then I'm not going to listen to them talk about . . . whatever it was they talked about. Acknowledgements, I think, and some stuff about the music, all of which was already in the program book.

I had braced myself for the chatting, because that just seems to be a thing they do over there, but once past that the concert was quite enjoyable. Asyla is a big piece, roughly half an hour of concentrated, forceful sounds. Adès wrote it in 1997, when he was moving from surprising prodigy to steady presence in the British new-music scene. The title is the plural of asylum and, we are told, can refer to an asylum as a place of refuge or to an insane asylum (which is another sort of refuge, if not for the inhabitants, then for the society that no longer has to deal with them). The title is significantly plural; there can be multiple refuges, multiple madhouses. This is part of the dramatic tension of the piece; you never are quite in a final refuge. It opens with fantastic percussion, sounding like a gamelan made out of pots and pans, and proceeds from there. The third of the four movements in particular is intense; it is the only one with a name as well as a number: Ecstasio. There's the emotional ecstasy, but also the drug – this movement is supposed to reflect an uneasy night in a nightclub. It's clear that something is going on here, but I wonder how many people would have figured "drugs in a night club" without the key provided by the program. And I wonder if I would have had the same reaction, which is that I was reminded of why I avoided all drugs after some obligatory and very very mild experimentation in my late teen years: the music portrayed the feeling of being trapped in your body, not in the way we're usually trapped in (or by) our bodies, but as if your body has been taken over by some sort of chemical or virus and you just have to curl up and wait it out (the pounding drums, the insistent high-pitched strings) until it passes. That may make the music sound unpleasant, which is not at all the case – the music is very powerfully capturing what (to me at least) is an unpleasant experience, surrendering control of your own body to something that's taken it over. It's quite stunning, and the players were exceptional.

Listening to the Pathétique in the light of Asyla brought out new elements in the familiar piece. It too oscillates wildly between emotional extremes, sighing out in exhaustion at the end. There was an interesting point in Thomas May's program article, which is that if the order of the final two movements had been switched, the symphony would have moved from the sense of exhaustion and anguish towards a triumphant, idealistic finale. This kind of technical change – switching the normal positions of the two types of movement – may seem like a fairly dry thing, but that's how artists produce discomfiting emotional realities.

The Berkeley Symphony's next performance will be 26 February. Carneiro will conduct Ravel's Mother Goose Suite, the Brahms 4, and the world premiere of the orchestral version of Jake Heggie's Camille Claudel: Into the Fire. The latter will feature the superb mezzo-soprano Sasha Cooke. You can find more information or buy tickets here.
Posted by Patrick J. Vaz at 4:37 PM

Thank you for these details on Adès' piece. Your description really makes me want to hear it and I hope to get the chance one day. The orchestrated version of Heggie's Camille Claudet with Cooke is high on my list of performances I'm looking forward to this year.

That's an interesting point by Thomas May- did he mention any other symphonies for which kind of re-ordering may yield a different interpretaion? Or having thought about it, because I suspect you have, do you have any?

I loved the Ades piece. There is a recording led by Simon Rattle but it's not quite the same thing as hearing it live. When I first saw what the program was I thought maybe the Pathetique was the "now we'll do something everyone knows" portion, but it really did fit in well emotionally with Asyla.

Sasha Cooke is wonderful. But I wonder if the intimacy of the original setting for string quartet isn't the better format for the Claudel piece. I guess we'll see. You did like the original more than I did.

May didn't mention any specific symphonies but he did refer more generally to the Beethoven model of struggle emerging into triumph. It would be interesting to program various symphonies so that the movements appeared in random order, though first you'd have to clear your mind of the order you're used to and expecting.