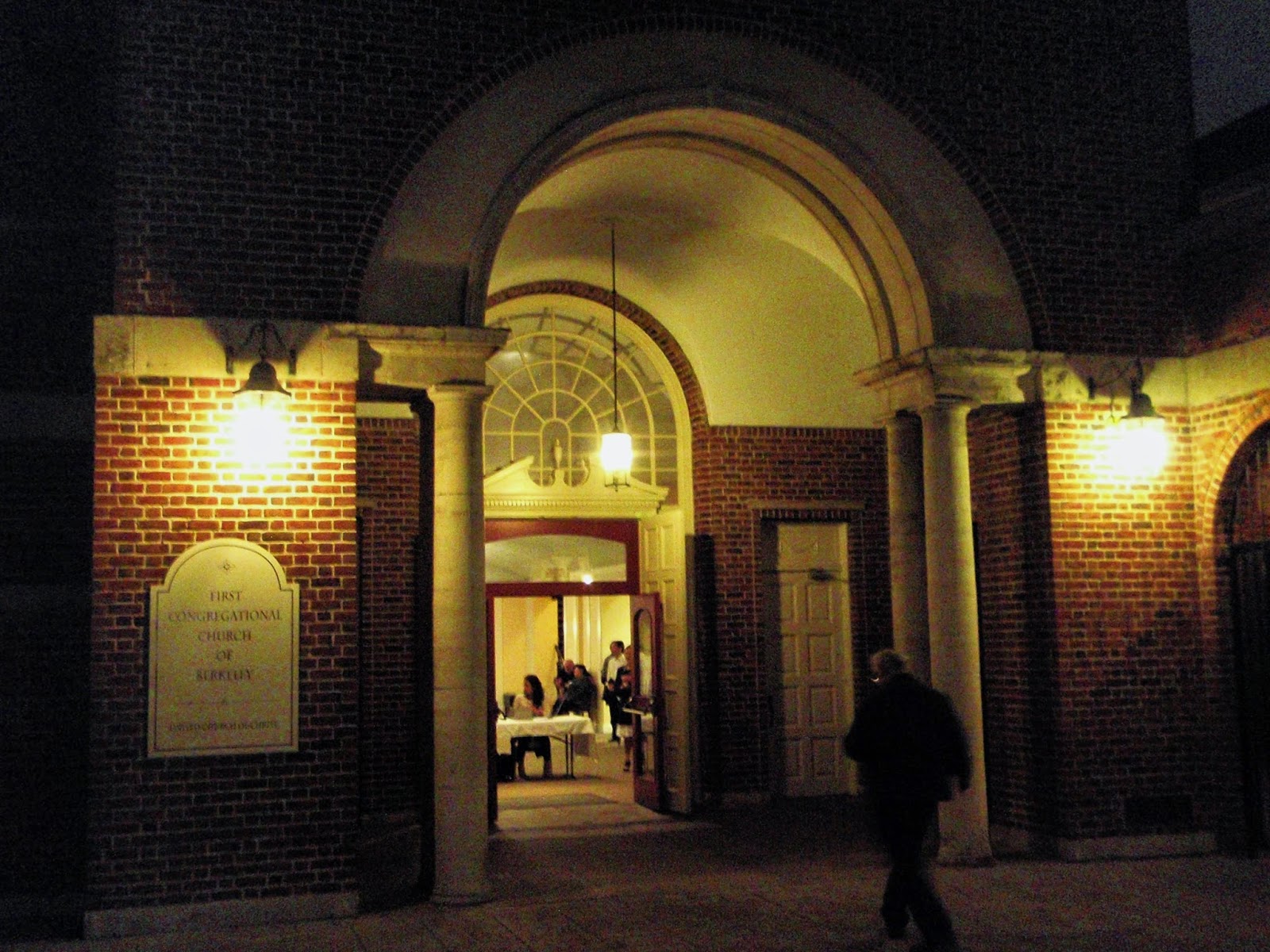 Last Saturday there was a basketball game at Cal, which made it tricky to get over to First Congregational Church to hear the American Bach Soloists. As a non-driver I am fortunately spared parking (as well as driving), but even walking through the crowds was a challenge, particularly since large portions of Sproul Plaza are torn up with construction. So it seemed like a refuge to arrive in First Congregational's spare yet warm space, for a rich and full program, led by Music Director Jeffrey Thomas. Things opened with a stately and elegant performance of Bach's Brandenburg Concerto No 4 in G, which highlights the spirited swirling and tootling (like a running brook) of violin and recorder, featuring Elizabeth Blumenstock on the former and Judith Linsenberg and Debra Nagy on the latter. The main event, though, was Handel's pastoral, Acis and Galatea. Not to diminish the contributions of the orchestra or the crisp chorus (particularly notable in the rousing ear-worm finale of the first half, Happy We), but the quartet of soloists was the outstanding attraction of the performance. Tenor Kyle Stegall and soprano Nola Richardson were the sweetest Acis and Galatea I have ever heard, both tall and beautiful and radiant of voice. Stegall had an endearing way of stretching his arms out in moments of enthusiasm. Tenor Zachary Wilder was the warm voice of reason as the shepherd Damon, so full of good advice for all. As with most pastorals, initially nothing happens except idyllic feelings of love, until an outside force shows up – in this case, the threatening giant Polyphemus, sung by the imposing baritone Mischa Bouvier. Smitten (as we probably all were) by the charms of Galatea, he disposes of Acis. He still doesn't get the girl. She preserves her Acis by turning him into a "gentle murmuring stream," – "thus I exert my power divine; be thou immortal: though thou art not mine" – and so the evening ends as it began, with music flowing like a purling stream, only now shadowed with loss. Terrific performance!

Next up for ABS is the St Matthew Passion, on 27 - 28 February and 1 - 2 March. You can check out the different venues and get more information here. ABS also has an annual festival/academy, which is one of the musical highlights of the local summer; this year it will be 7 - 16 August, on the enticing theme of Versailles and the Parisian Baroque. In conjunction with that, ABS is running a Kickstarter campaign to help the students of the larger instruments pay for their air transportation: you can check that out, and the various benefits offered, here.
Posted by Patrick J. Vaz at 8:33 PM

Dude, you stole my title.

Maybe you can use "Dance and sport the hours away"?

No, I think it's now come down to a choice between "Happy nymphs and happy swains" or "Harmless, merry, free and gay,"

Maybe you shouldn't rule out "Thus I exert my power divine."