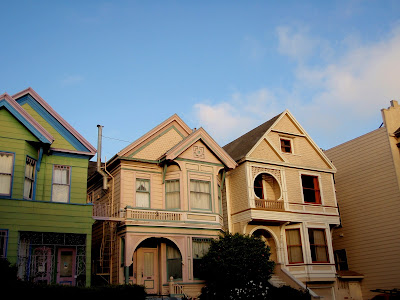 Last night I was at the first performance given by the new ensemble Curious Flights, held at the Community Music Center in the Mission District of San Francisco. I had heard warnings about various manifestations of urban blight on Capp Street ranging from heroin addicts to hipsters, but I bravely went forth and found it a quiet, mostly residential street and a pleasant walk from the 24th Street BART station once I figured out which direction to walk in. I had foolishly asked the station agent where Capp Street was and after a moment he gestured towards a distant wall and said, "There's a map over there," which is actually more help than the agents usually give. My Mapquest directions started out "walk east" which is to me a ridiculous instruction – I don't really have that kind of woodsman skill instinctively, though when I walked out of the station I realized the sun was low enough in the sky so that I could just walk in the opposite direction and be more or less going east. This was my first time at this venue and I was amused and surprised after what I had heard to find it a lovely, flower-bedecked old building. 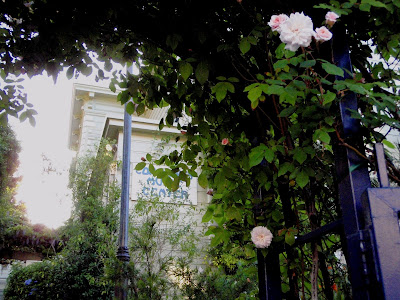 Curious Flights founder and Artistic Director Brenden Guy gave a brief welcome, saying the purpose of this new group was to explore new music and lesser-known byways in older music, with an emphasis on cross-cultural currents (the title of this first program was "Cultural Fusion"). Profits would go to a fund at the San Francisco Conservatory of Music that helped foreign students afford their studies (Guy himself, who is British, was such a student, and he explained the restrictions the US government puts on foreign students and their ability to find work here). All the pieces were introduced by brief and unobtrusive comments. 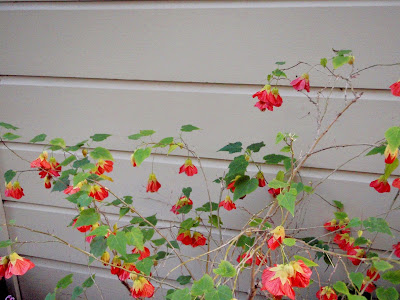 There was quite a variety of music on display The concert opened with the only vocalist, soprano Indre Viskontas, accompanied by Ian Scarfe on piano, performing Updike's Science, four songs based on light verse about science by John Updike, set by San Jose composer Brian Holmes. (Viskontas mentioned that Holmes is a physicist; she herself is has a doctorate in cognitive neuroscience.) The four poems are "Lament, for Cocoa" (Thermodynamics), "Cosmic Gall" (Particle Physics), "The Descent of Mr Aldez" (Meteorology), and "VB Nimble, VB Quick" (Biology). I read them in the program beforehand and was entertained, but Holmes's music really did add or bring out both wit and poignancy, giving an extra dimension to the words, which Viskontas brought out in her clear singing and attentive phrasing. 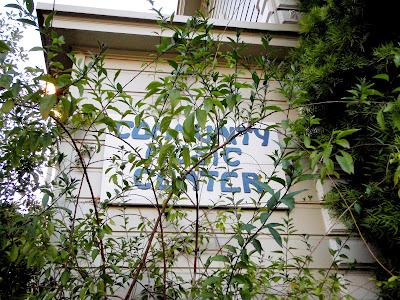 That was followed by the world premiere of Fantasy Pieces by Joseph Stillwell, who was in the audience. It's a bright piece of many moods; the four movements are Overture, Scherzo, Lamentation, and Finale. My favorite was the keening lamentation, which figures. The piece was commissioned and performed by the Valinor Winds (Sasha Launer, flute; Jessie Huntsman, oboe; Brenden Guy, clarinet; Alexis Luque, bassoon; and Caitlyn Smith, French horn). The first half concluded with Paul Schoenfield's Cafe Music, performed by the Aleron Trio (Solenn Seguillion, violin; Anne Suda, cello; and Sophie Zhang, piano). In her introduction Seguillion noted the jazz and Broadway influences, but the piece also has a certain fleeting, Gatsbyesque sadness, of the sort you feel when you look at photos of parties from the 1920s. The evening's performers, almost all of whom are young and connected to the SF Conservatory of Music, were all excellent. 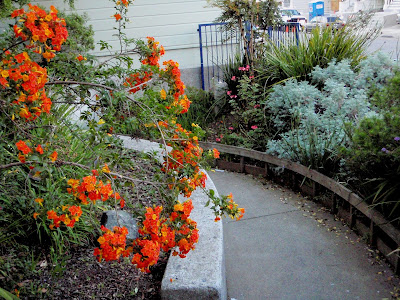 After the intermission came some older music: the Trio for Clarinet, Violin and Piano by Aram Khachaturian and Nonet by Arnold Bax. Khachaturian was an Armenian composer who was more or less labeled by Stalin the official musical voice of Soviet Armenia. He's probably best known today for his score for the ballet Spartacus, which is, depending on your point of view, a pinnacle of Soviet male dancing or fun kitsch or somewhere in-between. The trio is less grandiose in tone than the ballet, burbling along among various influences from various lesser Soviet republics. It was hearty and springlike. Brenden Guy was on clarinet, Kevin Rogers on violin, and Miles Graber on piano. 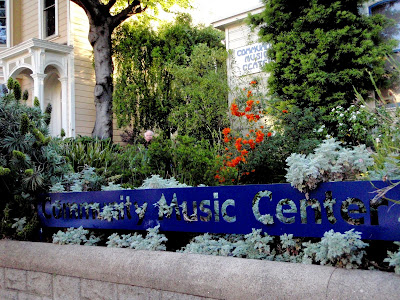 Since I've read Gramophone magazine for many years, British composers like Bax are familiar names to me and I've heard quite a bit of his music over the years. The two-movement Nonet was new to me, though. He recast it from a violin concerto. In his introductory remarks Guy said that it had no program except the one individual listeners create for it. It fit in well with the Khachaturian, sharing a similar expansive playful mood. It was performed by the Curious Flights Chamber Ensemble (Sasha Launder, flute; Jesse Barrett, oboe; Dan Ferreira, clarinet; Emily Laurance, harp; Kevin Roger, violin; Tess Varley, violin; Tracy Wu, viola; Michelle Kwon, cello; Eugene Theriault, double bass; and Brenden Guy, conductor). 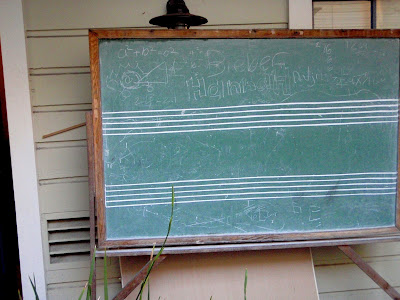 All in all, an extremely enjoyable concert and an auspicious inauguration for the new series. Your next chance to hear them is Tuesday, 4 June, at the Conservatory, in a program of lesser-known chamber works by centennial birthday boy Benjamin Britten. If you want to check them out before then, a note in the program said that last night's concert will be made available on CD and DVD; for more information on that, contact Curious Flights at 415-640-3165 or info@curiousflights.com.
Posted by Patrick J. Vaz at 2:09 PM

Glad I was giving out misinformation. The heroin addicts are between 16th and 18th Streets on Capp. The 24th Street neighborhood is fine. Mea culpa, the memory is going.

"battle hymns" this afternoon at Kezar Pavilion was great, except for the annoying modern dancers. Definitely worth attending.

I have a friend who lives in the Mission roughly midway between the 16th Street and 24th Street BART stations. When his parents come to town, he always tells them to get off at the 24th Street Station. And I guess he steers clear of the area around 16th Street when he's with them.

Goodness, we're such cowards. I got off the bus on 16th Street & Mission, but then walked up to 20th along Valencia, where the biggest hazard was buzzed hipsters.

I was hoping we'd be seen as the Siegfrieds of art, fearing nothing in our quest, but you're right . . . it's mostly cowardice (though buzzed hipsters are nothing to be taken lightly, so you get the prize for bravery - plus you were on MUNI).

It was great to see you there.