Last night I was back at First Congregational Church in Berkeley for Purcell's Dioclesian, the fourth and final performance of the first concert of the season for Philharmonia Baroque. Like King Arthur or The Fairy Queen, Dioclesian (just this once I will give the work its more formal title: The Prophetess; or, The History of Dioclesian) is one of those "semi-operas" in which a spoken-word play is interlarded with musical material of a striking and delightful and mostly tangentially relevant nature and then the whole thing is bound together with elaborate spectacle, using as much of the newest technology and as many of the oldest tricks as were available to theaters in the late seventeenth century (you know, the form works beautifully for Ariadne auf Naxos. . . ). Such works are by general consensus completely resistant to revival, and perhaps that's true based on time alone (last night's performance of the music was a bit over two hours, including intermission; I can only imagine the Einstein-on-the-Beach lengths it would reach if the evening also included actors playing out elaborate intrigues in the court of the later Roman emperors, let alone the time needed to switch sets and activate the stage machinery). But it wasn't so long ago that general consensus held that baroque opera, in its original form, was also resistant to revival, and now even the mighty Met has had to acknowledge the dramatic genius of Handel. So who knows? There was a revival of the complete Fairy Queen a few years back, which I understand was wonderful (there is a DVD, which I have not seen). 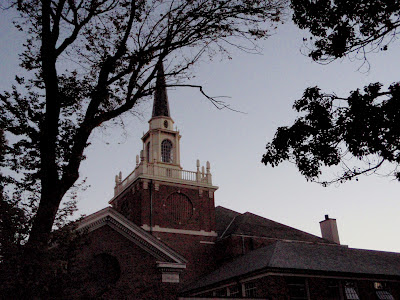 The Fairy Queen does have the advantage of playing off well-known material (A Midsummer Night's Dream) which is still a theatrical staple. Dioclesian, based on a play by Fletcher and Massinger that uses the classical past to comment on the political struggles of seventeenth-century England, is a harder sell to non-specialists. The music remains excellent, and easily survives the abandonment of its original container, and with all plot summaries and narrative threads and political allegories wisely left in the program book for those who cared to pursue them there, what PBO gave us last night was just the music, a grab-bag of baroque thrills and splendors: stately marches, lively dances, graceful solos, flirting shepherds and shepherdesses, drunken gods, and grand choruses, and songs of war and love. There were particularly striking contributions from Katherine Adduci on trumpet and Hanneke van Proosdij and Stephen Bard on recorder. The whole band, led by Music Director Nicholas McGegan, was in great form, but you know you tend to get noticed more with the martial trumpet or the amorous flute, while the flowing strings bravely play in workaday semi-anonymity. The soloists were fine (Helene Zindarsian, Jean-Paul Jones, Clifton Massey, Brian Thorsett, Jonathan Smucker, Jeff Fields, and John Bischoff) and helped swell the sound of the  chorus, which produced mighty effects greater than its relatively small size. 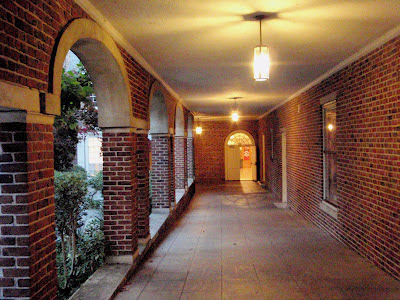 So the first half of the concert was pretty much sheer delight as far as I was concerned. The second half: maybe a bit less so, for a variety of reasons. The first hour had been the music from Acts 1 through 4. After a fairly lengthy intermission, we had the music from Act 5, which was an elaborate masque almost as long as the preceding four acts put together. The Act 5 masque was celebrated in its own time and often revived as a set-piece, but I suspect what really distinguished the masque for its contemporaries was the fanciful and intricate staging more than anything else. I did wonder if Purcell maybe realized that the scenery was going to be the memorable star of the masque no matter what the rest of them did. and though the music is consistently enjoyable it is pretty much enjoyable in the same manner as the rest of the work (though there's nothing in either half as striking as, say, the awakening of Winter in King Arthur), and towards the end I was experiencing the physical dip I usually experience at that time of evening, and was feeling I had had perhaps enough. And after the intermission the man to my left must have been sitting an inch closer to me, because he kept obliviously brushing against me with his sleeve - such are the hazards of concert-going and pew-seating, and the little things that add up to our experience. And then, after behaving in the first half, the singers started joking it up, grimacing and striking absurd poses and glaring and flirting with each other in a campy way. I've seen enough PBO concerts at this point to realize this is sort of a house style, and is liable to erupt randomly in unsuitable places, but I wish they would stop it. The pastoral names (Corinna, Mirtillo) may seen bizarrely affected to us (well, to those of us who haven't read much seventeenth century verse), but their dramatic truths remain alive, though expressed in an idiom strange to us, and the ironies in the material would come across better if they were played straight. To me the effect is to trivialize and mock the piece, and if you feel that way, why are you performing it? (And I did notice more noise among the audience in the second half; during the first half they had been notably attentive.) Anyway in the larger scheme of things these were relatively minor irritants, and as I said, the first half was a total pleasure, and I was glad of the opportunity to hear this relative rarity live.
Posted by Patrick J. Vaz at 8:48 PM