We are the beneficiaries of the National Gallery of Art's current renovations; a selection of modern works from the Robert & Jane Meyerhoff Collection is at the DeYoung Museum until 12 October; more information here.

Speaking of renovations, our own Museum of Modern Art is nearing the half-way point in its three-year expansion, and while it's shut down it's been sharing parts of the collection with other local institutions. Some of its pieces can currently be seen mixed in with items from the Asian Art Museum's collections in their exhibit Gorgeous. I used to enjoy going to the Asian Art Museum on Thursday nights, but then they started cutting back on those and trashing the ones that remained by turning the museum into a bad dance club, so sadly I got out of the habit of going there and have not yet seen this show. Information about the exhibit may be found here.

West Edge Opera concludes its summer festival season with one more performance of La Bohème, a matinee on 10 August; one more performance of Hydrogen Jukebox, 8 August; and two more performances of The End of the Affair, 7 and 9 August. More information here. They are performing in the large atrium of the Ed Roberts campus right by the Ashby BART station. My thoughts on Hydrogen Jukebox are here. I have never been particularly fond of Bohème but I have heard from several reliable sources that this is a delightful production. I'm just starting to hear reactions to the first performance of The End of the Affair, and they are generally positive.

The Lamplighters present The Pirates of Penzance in three different locations; the San Francisco performances are at the Yerba Buena Center are are 14 - 17 August. More information here.

Theatrical
The Shotgun Players production of Twelfth Night has been extended to 17 August and I recommend it highly. More information here.

No Nude Men Productions presents Pleiades, a new play about seven sisters in the '70s by local playwright Marissa Skudlarek, directed by Katja Rivera, at the Phoenix Theatre, 7 - 30 August; more information here. I am amused that the days of my youth are now the stuff of period drama.

Choral Music
The International Russian Choral Music Festival is in the Bay Area from 3 to 10 August, performing a wide variety of music, new, old, obscure or celebrated, from a great choral tradition. Details may be found here. 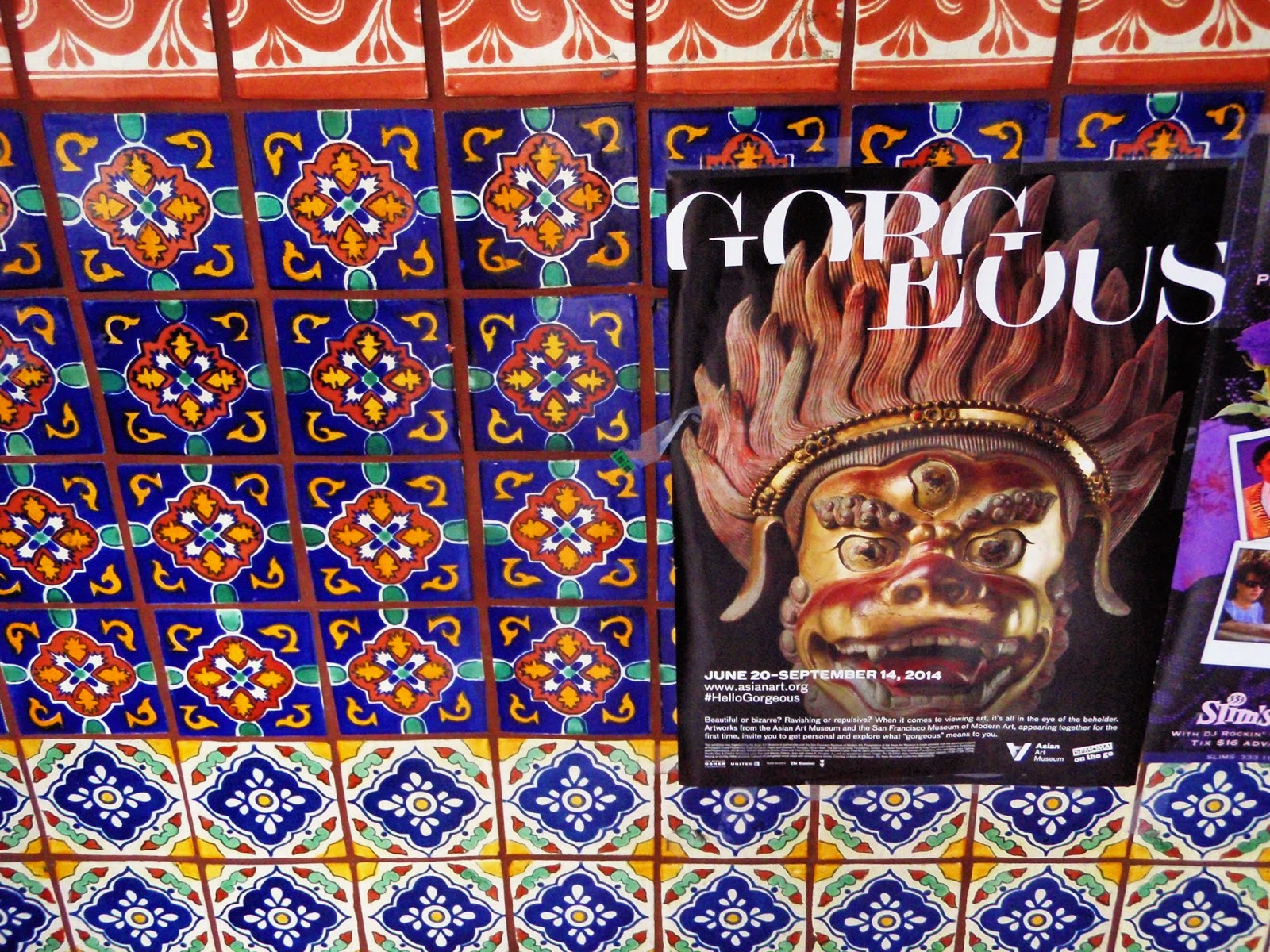 a poster for the Asian Art Museum's Gorgeous, in a Mission District taqueria
Posted by Patrick J. Vaz at 7:46 PM