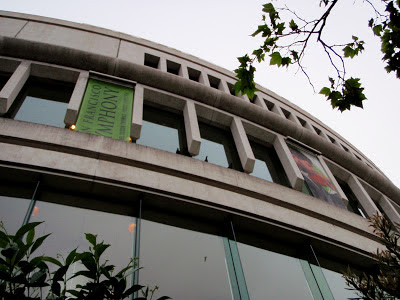 Last Saturday I was at Davies Hall for the San Francisco Symphony's mass double-header: excerpts from Palestrina's Missa Papae Marcelli (the Kyrie, Gloria, and Agnus Dei) and Beethoven's Missa Solemnis. I had heard the latter at the Symphony's most recent performance of it, which was, I am kind of horrified to realize, not last year but two years ago. My thoughts on that performance are here, in the second half of the entry. I think I have performances on my list of things to write up that are almost as long ago as that one. And the horizon keeps receding before us, ever azure in the distance, doesn't it?

There was a lot of discussion swirling around that earlier performance; I liked it more than some others did. But even so last Saturday's was superior: just a really magnificent display of flexibility and power – but technical details miss the point. A successful performance has to hit the heart, and elevate us towards an emotional – a spiritual – mood that seems like the place in which we should always dwell, no matter how quickly it slips away in the after-concert crush of aimless chatter and slow-moving patrons and the general dirt and noise of life. I'm sure there were things the performers wished had gone differently, but the onward struggle is part of the piece's magnificence. 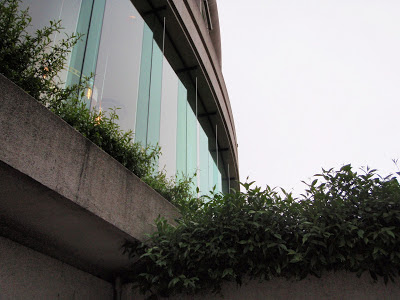 The quartet of soloists was different from last time, featuring some lighter voices, particularly Laura Claycomb (two years ago the soprano soloist was Christine Brewer), though bass-baritone Shenyang also had a lighter voice than I had expected (I think this is the first time I've heard him). The mezzo-soprano was Sasha Cooke, who has been so good in so many things here, and the tenor was Michael Fabiano, last seen here in less spiritual circumstances as Lucrezia Borgia's long-lost son. All four were very fine, though maybe a bit recessive, but that might have been because I was sitting much farther back in the hall than I usually do, and Davies in my experience is not particularly kind to vocal soloists. I wondered what the effect would have been if I were closer. But in a way the slight recessiveness of the soloists added to the power of certain moments when they are highlighted, as in the Benedicturs with its accompanying violin solo (once again exquisitely played by concertmaster Alexander Barantschik), when the mighty chorus pauses around an oasis of meditative calm. 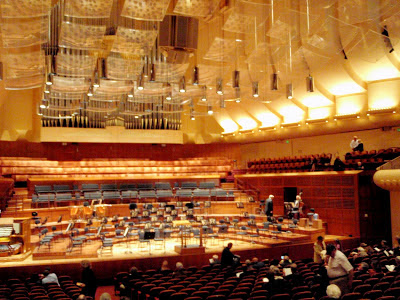 The chorus throughout was just stunning, as they were in a different way in the preceding Palestrina. There's something about Palestrina's music that just cuts through the frazzle. He reminds me of Gluck, in that both have a certain purity and clarity that admittedly some will find a bit dull but that for others will have the sort of strength and stripped-down beauty that Georgia O'Keeffe found in skulls bleached by the desert sun.
Posted by Patrick J. Vaz at 8:23 PM

Glad to hear the Missa Solemnis performance was much better than two years ago with similar forces. Something similar happened with an MTT conducted Mahler Eighth that was a mess the first time around and wondrous two years later. Sometimes it just takes a while to get all those forces working together beautifully.

I was thinking just the other day about The Worst Job I Ever Had, and the code names they used for various projects. One design program was always named after artists, and someone insisted that the latest version -- this was during the first bright dawning of corporate diversity programs -- should be named for a woman artist. But Georgia O'Keeffe was the only woman artist most of them knew, and they'd used that name already. So I suggested Elisabeth Vigee LeBrun, because everyone there hated me anyway.