A few weeks ago I heard Ute Lemper and Dawn Upshaw on successive days. I have heard both performers live before and I like them both very much. But the two recitals were contrasting illustrations of how technology can work against and for a performance.

Lemper performed with the Vogler Quartet (Tim Vogler and Frank Reinecke on violin, Stefan Fehlandt on viola, and Stephan Frock on cello) and with Stefan Malzew (on clarinet, accordion, and piano). The program looked inviting: songs and instrumental works from and influenced by Weimar-era Germany, including Schulhoff, Edith Piaf, Weill, Eisler, Piazolla, and Jacques Brel. Lemper has a striking presence (she looks like John Singer Sargent’s Portrait of Madame X) and a louche glamour perfectly suited to her repertoire. So far so good. Now we come to the amplification.

Someone said to me later, “But you must have expected that she would be amplified.” Yes, I went in knowing that she’s a cabaret singer and they generally use microphones. I read something recently about the microphone enabling a singer to sound as if she’s whispering in your ear. That’s great, but they can also make a singer sound as if she's shouting in your ear. And all of the instrumentalists were amplified as well, which I really wasn’t expecting. Maybe that wouldn’t have been a problem if the sound mix hadn’t been so awful. During the second half, after making various gestures to the sound man indicating what she wanted modified, Lemper just started speaking to him from the stage, which kind of broke the mood. I think she ended up happy with the sound, though I did not. I really tried to get past it. It wasn’t a problem for me last time I heard her (but that time I had been sitting halfway back in very large Davies Hall, not up front in very intimate Herbst Theater). Far from increasing the intimacy, the bludgeoning volume made me feel I was being shouted at for a couple of hours, which is exhausting.

To further increase the alienation, the songs were in French, German, Russian, Yiddish, and Spanish, and there were no texts or translations provided (there was a little English thrown in there as well, in the Brecht/Weill songs). I’m touched by her mostly unwarranted faith in our linguistic versatility. Lemper spoke before or after each song, but only occasionally did she give us some idea of what the song was saying, and frankly after a while it all started blending together. That was partly intentional; she was pointing out cross-currents and similarities in wide-ranging cultures, but if you’re going to do that for two hours you need to differentiate and vary the moods. Mostly the inter-song segments were vaguely atmospheric spiels about plucky refugees wandering from city to city with their one little valise of songs, or jaunty denizens of the demimonde disappearing with the dawn, laughing at the loss of their last centime – a smile, a shrug, another bottle of wine you can’t afford, to forget another love you can’t afford to remember. That’s all very well, and appealing in small doses, but with repetition such poses can seem increasingly sentimental and evasive, ignoring the grinding exhausting wearing-down caused by poverty, exile, and drug abuse.

Sadly, despite her efforts and mine, she lost me long before the end. For an encore we had the Kurt Weill/Ogden Nash song Speak Low, stretched out with a glittering display of scat-singing that was both dazzlingly virtuosic and interminably self-indulgent, completely missing the tender heart of the song. 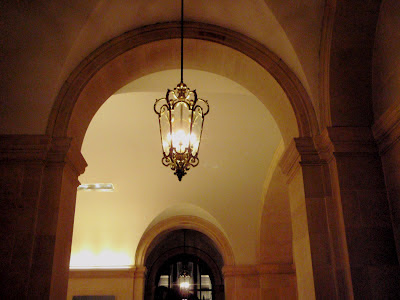 I was back at Herbst the next night to hear Dawn Upshaw with Stephen Prutsman on piano. Before the performance Ruth Felt, head of San Francisco Performances, came out to announce they were trying something new, and she hoped we would all let them know what we thought of it: they were using surtitles for the recital. She sounded a bit uncertain and hesitant during the announcement, as if this were some bizarre experiment and not a long overdue and very welcome change to the recital format. I’ve been saying for years that they should use surtitles during recitals, and Upshaw’s performance proved how right I was. (I have to mention this to make up for the times I'm very wrong.) For once we didn’t have endless rustling, folding, turning, and creasing of pages during the songs; we could watch the singer (and the words behind her) rather than the program on our laps; the houselights didn’t need to be up so we could read, and the darkened room helped create an intimate, concentrated bond with the singer. Finally, a use of technology that enhances rather than undercuts live performance!

Of course Upshaw had much to do with setting the mood and creating the bond. But the overdue use of surtitles helped remove the barriers between us and her. This recital had been rescheduled from January, and it’s well known that Upshaw has had some serious health issues, so I’m happy to say she was in beautiful voice, much better actually than the last time I heard her, about a year ago. The song selection was also innovative; instead of sets, there was a continuous series of dreamy, moody songs, gentle and sad and lovely and loving, by composers ranging from Monteverdi, Purcell, and Dowland to Schubert and Schumann to Berg and Messiaen to Golijov, Weill, and Vernon Duke (though the songs were arranged by emotional rather than chronological order).

I’m sure someone in the audience had some silly objection to the surtitles but I can’t imagine what it would be, and I don’t much care. Some people will object to any change. My only suggestion would be prefacing the words with the title of the song and the composer, so that there’s no need to check the program. There were no surtitles for the English-language songs; I was fine with that though I can see that some might prefer them. I hope recital surtitles catch on; I keep hearing that the vocal recital is a hard sell and a dying form, but surtitles heighten the form’s unparalleled intimacy and directness of communication. Why shouldn’t surtitles expand the audience for recitals the way they have for opera? 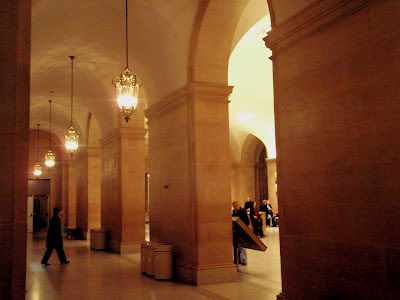 Email ThisBlogThis!Share to TwitterShare to FacebookShare to Pinterest
Labels: down among the divas, San Francisco Performances, tech