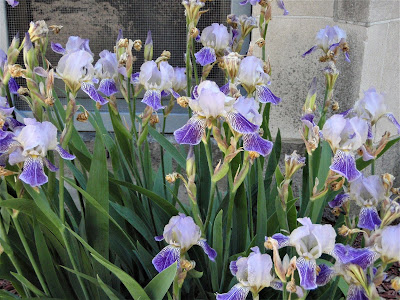 irises somewhere close to the Gardner Museum in Boston; June 2019
Posted by Patrick J. Vaz at 5:00 AM No comments: Links to this post 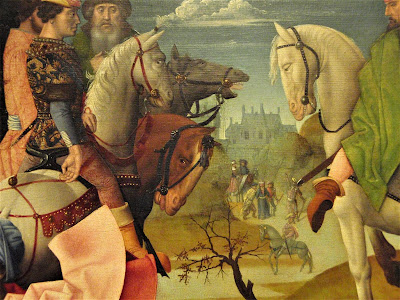 a detail from The Martyrdom of Saint Hippolytus in the Museum of Fine Arts, Boston
Posted by Patrick J. Vaz at 5:00 AM No comments: Links to this post 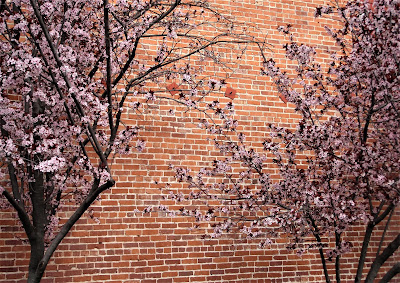 Hayward, California, February 2020
Posted by Patrick J. Vaz at 5:00 AM No comments: Links to this post

Yeah, none of this is happening: fun stuff I may or may not get to: April 2020

This is as far as I got with my April preview last week when events started happening very quickly; first a couple of presenters cancelled, and then there was a flurry that was difficult to keep up with, until it became safest to assume that whatever you were looking forward to was not going to happen, at least not anytime soon. We had galleries for a few days, or maybe it was hours, until most museums went from cancelling events to closing down entirely. Now bars, restaurants, and gyms are being shut, and in my California county we are being told to "shelter in place" as much as possible for several weeks.

So what can you do? First, take care of yourself. Follow recommended and reasonable precautions, particularly if you are in a high-risk category: wash your hands frequently with soap and water, cover your mouth (preferably vampire-style) when you cough or sneeze, disinfectant questionable surfaces, avoid crowds.

And I don't need to tell you how to entertain yourselves; we live in a time of unprecedented access to books and movies and recorded music. If you can spare the money, now would be a good time to donate to your favorite arts groups. Donating back the tickets to cancelled events instead of asking for a refund would be a worthwhile supportive gesture. Lisa Hirsch has a list of livestream links and ways to assist artists and performing arts groups.

And, of course, there's a grotesque obscene toad squatting over the Executive Branch, but he's just a symptom: his entire party has been dedicated for years to destroying whatever social safety net actually exists in this country, villainizing the poor, blaming the unlucky for their own misery, and, of course, destroying whatever tiny support for the non-corporate arts exists. Next time you have to vote, remember that, and BURN. THOSE. MOTHERFUCKERS. DOWN.

Aurora Theater has Joe Orton's sardonic farce Loot, directed by Tom Ross, from 3 April to 3 May.


New Conservatory Theater presents the west coast premiere of Donja R Love's Sugar in Our Wounds,  a love story between two male slaves in Civil War-era America, directed by Shawnj West, from 3 April to 10 May.

The Berkeley Playhouse presents In the Heights, Lin-Manuel Miranda's first musical, from 3 April to 3 May.


Cutting Ball Theater offers Cyrano, a new version of Rostand classic by Marissa Skudlarek, directed by Ariel Craft, from 9 April to 10 May. I think very highly of Skudlarek, but I'm not sure that's enough for me to get over my basic dislike of the play (in case you're wondering, and of course you are, I dislike it for the same reason I dislike Auntie Mame and most drag queens: theoretically, they show us all the way to live capital-L Life, but in reality the relentless self-dramatizing of one's own fabulosity just sucks the air and energy out of every room).


The African-American Shakespeare Company closes its current season with Noël Coward's Private Lives, running from 11 to 26 April at the Marines' Memorial Theater; the only other time I saw this play, it starred Richard Burton and Liz Taylor, both about 100 years too old for their parts, and the production left me traumatized for decades; perhaps this version, set in the sophisticated milieu of black society in 1920s Paris, can help me, at long last, to heal.

42nd Street Moon revives the Adler & Ross musical The Pajama Game, directed by Ryan Weible with music direction by Dave Dobrusky, from 15 April to 3 May at the Gateway Theater.


The Shotgun Players Champagne Reading Series hosts Anna Moench's Man of God, directed by Michelle Talgarow, on 20 - 21 April (Henry V is on the mainstage through 19 April),


ACT presents Richard O'Brien's Rocky Horror Show from 23 April to 17 May at the Geary Theater, in case you feel like doing the Time Warp again. I did think this was an odd choice for ACT, as Ray of Light Theater presents this show every year around Halloween; it's a fun show but that's a lot of theatrical real estate it's taking up.


Cal Performances presents John Malkovich in The Music Critic, conceived and written by violinist Aleksey Igudesman, in Zellerbach Hall on 30 April; Malkovich is the eponymous critic, attacking classics of the repertory until the musicians stop playing those pieces and switch to one attacking him.


Pocket Opera presents its version of Wagner's early opera Das Liebesverbot (which is his version of Measure for Measure): No Love Allowed, directed by Nicolas A Garcia with music director Jonathan Khuner, and that's 26 April at the Hillside Club in Berkeley and 3 May at the Legion of Honor in San Francisco.

On 17 April Old First Concerts and the Italian Cultural Institute of San Francisco present pianist Gabriele Baldocci playing Liszt's transcription of the Beethoven 5, along with other works by Baldocci himself, including improvisations on Beethoven.

Louis Langrée leads the San Francisco Symphony on 23 - 25 April in the Mozart 31,the Paris, the Mozart Violin Concerto 3 with soloist James Ehnes, and the Beethoven 5.

At the San Francisco Symphony on 16 - 18 April Teddy Abrams conducts Barber's Second Essay for Orchestra, the Tchaikovsky 5, and Mason Bates's Philharmonia Fantastique: The Making of the Orchestra (a west coast premiere and SFS co-commission).

The San Francisco Symphony presents Europe's Chineke! Orchestra, conducted by Kevin John Edusei, on 19 April, when they will perform the Brahms 2, Coleridge-Taylor's Ballade for Orchestra in A minor, and Stewart Goodyear's Callaloo – a Caribbean Suite, featuring the composer as solo pianist.

Oakland Symphony Music Director Michael Morgan crosses the bay on 30 April and 1 - 2 May to lead the San Francisco Symphony in the SFS premieres of Carlos Simon's AMEN! and Florence Price's Symphony 3 in C minor, along with the Brahms Alto Rhapsody (with soloist mezzo-soprano Melody Wilson) and Franck's Le Chasseur maudit (The Cursed Hunter).

Lynne Morrow will lead the Oakland Symphony Chorus in a Passover/Easter concert on 18 April at the Cathedral of Christ the Light, where you can hear selections from Bach's St Matthew Passion and Handel's Messiah and Israel in Egypt as well as seasonal works by modern composers.


Clerestory goes Into the West on 18 April at the David Brower Center in Berkeley and on 19 April at St Mark's Lutheran in San Francisco.

Robert Geary leads the San Francisco Choral Society in Morten Lauridsen's Lux Aeterna, Britten's Rejoice in the Lamb, and works by Duruflé and Bruckner at Calvary Presbyterian in San Francisco on 18 and 19 April.

Tenor Mark Padmore visits San Francisco Performances (both times at Herbst Theater) this month; on 27 April he and pianist Marc-André Hamelin will perform Schubert's Winterreise, and on 29 April he will perform arias by Bach and Handel accompanied by the San Francisco Conservatory Baroque Ensemble.

The Spektral Quartet comes to Cal Performances and Hertz Hall on 5 April to perform works by Philip Glass, Franz Schubert, and Samuel Adams (a world premiere and Cal Performances co-commission).


San Francisco Performances, that reliably excellent presenter of intimate concerts featuring the celebrated and the soon-to-be-so, is celebrating its 40th anniversary year on 26 April at Herbst Theater with a special concert featuring Marc-André Hamelin playing his new quintet with the Alexander String Quartet, and tenor Nicholas Phan performing a new song cycle by composer Gabriel Kahane; in honor of the 40th anniversary, all seats are $40. It's always tricky calling these things in advance, but this looks special.

The KDFC Salon Series at San Francisco Performances continues on 15 April at the Education Studio in the War Memorial Veterans Building on Van Ness with pianist Edward Simon and flutist Marcos Granados playing music of South American (both men are from Venezuela), including works by Simón Díaz and Simon's own Venezuelan Suite.

San Francisco Performances presents pianist Marc-André Hamelin performing works by Scriabin, Prokofiev, Feinberg, and Schubert at Herbst Theater on 23 April (Hamelin will be back at Herbst on the 26th as part of SFP's 40th anniversary concert and on the 27th with Mark Padmore to perform Winterreise; see the former under Chamber Music and the latter under Vocalists).

The San Francisco Symphony presents cellist Gautier Capuçon and pianist Yuja Wang in recital at Davies Hall on 28 April, when they will play works by Chopin and Franck.

Other Minds Festival 25, Moment's Notice, will explore improvised music from 2 to 5 April in the Taube Atrium Theater; you may buy a pass for all four days or just tickets to individual concerts.


Slow Wave (clarinetist Kyle Beard, violist Justine Preston, and pianist Naomi Stine), a group dedicated to "exploring the slower end of the sound wave spectrum",  comes to Old First Concerts on 24 April, when they will play selections from Max Bruch's Eight Pieces for Clarinet, Viola, and Piano, along with Paraphrase by Brett Austin Eastman and world premieres from Bryan Lin, Emma Logan, and Kyle Hovatter.

Yamato: The Drummers of Japan comes to Cal Performances on 7 April.

Trumpeter and composer Amir ElSaffar brings his Rivers of Sound Orchestra to Cal Performances and Zellerbach Hall on 14 April, when they will continue their exploration of western jazz and traditional middle eastern sounds.

Tanztheater Wuppertal Pina Bausch returns to Cal Performances and Zellerbach Hall from 24 to 26 April with Palermo Palermo.
Posted by Patrick J. Vaz at 7:31 PM No comments: Links to this post 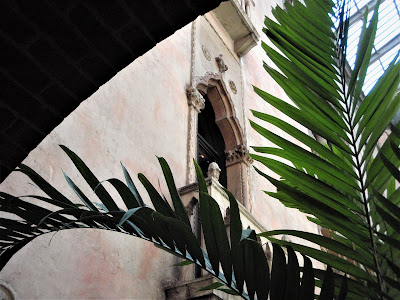 the Isabella Stewart Gardner Museum in Boston, June 2019
Posted by Patrick J. Vaz at 5:00 AM No comments: Links to this post 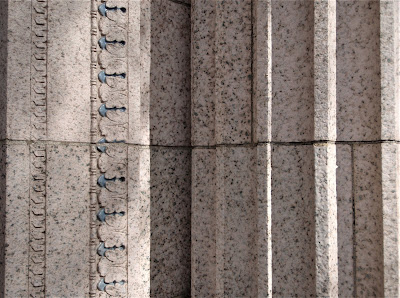 a building on B Street, Hayward California, February 2020
Posted by Patrick J. Vaz at 5:00 AM No comments: Links to this post 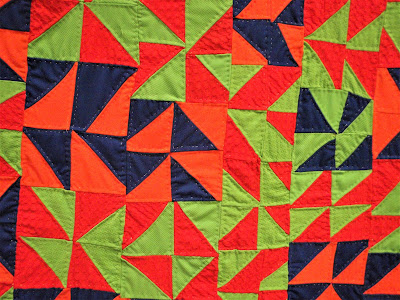 a detail of one of the quilt tops from Rosie Lee Tompkins: A Retrospective, on view at the Berkeley Art Museum / Pacific Film Archive until 19 July 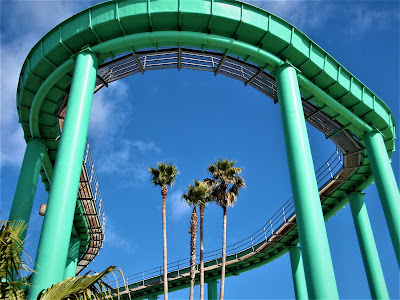 the Santa Cruz Beach Boardwalk, February 2020
Posted by Patrick J. Vaz at 5:00 AM No comments: Links to this post 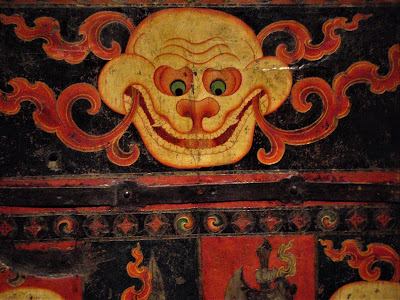 detail of a painted door from Tibet, currently on view at the Asian Art Museum in San Francisco as part of the special exhibit Awaken: A Tibetan Buddhist Journey Toward Enlightenment
Posted by Patrick J. Vaz at 5:00 AM No comments: Links to this post