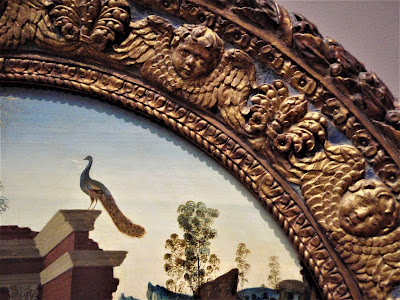 detail of The Adoration of the Magi by Bartolomeo di Giovanni at the Legion of Honor, San Francisco 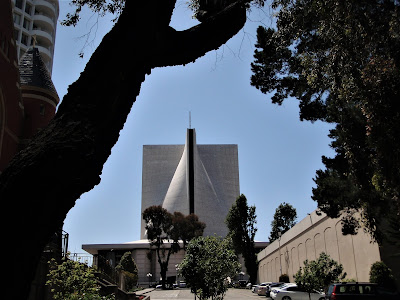 August is usually one of the lighter months and this year runs true to form, but there's still some meaty stuff on this schedule (in particular, the West Edge Opera Festival, Shotgun's production of The Flick, and BAM/PFA's Kiarostami film series).

Theatrical
The Ubuntu Theater Project offers 52 Letters, a performance examining human trafficking, written and performed by Regina Evans with vocals by Rashida Chase, from 2 - 25 August at the FLAX Building in Oakland.

Cal Shakes in Orinda (they have a shuttle from the Orinda BART station) presents House of Joy by Madhuri Shekar, directed by Megan Sandberg-Zakian, from 14 August to 1 September.

San Francisco Opera's Merola summer program for young artists ends this month with two events: the premiere of the first opera commissioned by the program, If I Were You, with music by Jake Heggie and libretto by Gene Scheer, on 1, 3, 4, and 6 August at Herbst Theater, and the annual Grande Finale concert at the Opera House on 17 August.

The annual West Edge Opera festival, eagerly anticipated by opera fans who aren't interested in yet another Tosca, takes place this month; this year's line-up is the Brecht/Weill Threepenny Opera (3, 11, and 15 August), Gluck's Orfeo & Euridice (4, 9, and 17 August), and Missy Mazzoli's Breaking the Waves (10, 16, and 18 August). Performances are at the Bridge Yard in Oakland (West Edge usually has a shuttle from BART).

Vocalists
Gregory Porter explores the American Songbook from 1 to 4 August at the SF Jazz Center.

Early / Baroque Music
Jeffrey Thomas leads the American Bach Soloists in their tenth annual summer Festival and Academy, held this year from 28 July to 11 August at the San Francisco Conservatory of Music; in addition to their traditional performances of Bach's Mass in B Minor (4 and 11 August), there are concerts exploring jazz and bluegrass versions of Bach (6 and 7 August), the natural world as represented by Vivaldi, Telemann, and Geminiani (28 July), versions found in Lyons of Pergolesi's beloved Stabat Mater and Handel's Utrecht Te Deum & Jubilate (2 August), music by Couperin, Locatelli, Boismortier, and Viviani that tried to unite the French and Italian styles (3 August), and vocal music by Handel, Bach, and Lotti (8 and 9 August), as well as a host of free events (complete schedule here).

Modern / Contemporary Music
The Friction Quartet will be joined by pianist Sarah Cahill at Old First Concerts on 16 August for Geoffrey Gordon's ABACISCUS as well as the world premieres of works by Max Stoffregen and Piers Hellawell.

Check out the Center for New Music's calendar here; new events are always being added.

Duo AMA (Brazilian pianists Angela Passos and Mayer Goldenberg) perform solo and duo works by Brazilian composers, along with the European works that inspired them, on 4 August at Old First Concerts.

Daniel Glover performs mostly Polish works for piano at Old First Concerts on 25 August; in addition to the Chopin preludes, the concert will include music by Mozart, Dutkiewicz, Bacewicz, and Szymanowski.

Old First Concerts presents cellists Robert Howard and Evan Kahn on 23 August, when they will perform baroque works by Boccherini and Barrière along with contemporary works by John Zorn and Barry Guy and the west coast premiere of Akshaya Tucker's The Heart Savors Its Fragrance.

From 15 to 25 August, New Piano Collective presents the 3rd Annual San Francisco International Piano Festival, which despite its geographically specific name actually takes place in venues both familiar and offbeat throughout the Bay Area. There are fourteen concerts, ranging from the United States premiere of Frederic Rzewski's Songs of Insurrection to beloved classics by Bach and Mozart; you can check out the full list here.

Jazz
Tenor saxophonist Shabaka Hutchings and his Sons of Kemet come to the SF Jazz Center on 7 August.

The Preservation Hall Jazz Band visits the SF Jazz Center from 8 to 11 August.

¡Cubanismo! will be at the SF Jazz Center from 15 through 18 August.

Visual Arts
The Berkeley Art Museum / Pacific Film Archive explores the antecedents of Surrealism in Strange, opening on 21 August and running until 5 January 2020.
Posted by Patrick J. Vaz at 5:00 AM No comments: 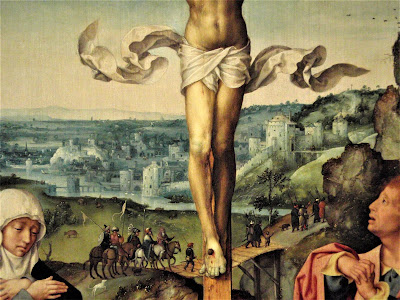 landscape detail of The Crucifixion by Joos van Cleve in the Museum of Fine Arts, Boston
Posted by Patrick J. Vaz at 5:00 AM No comments:

the interior of St Stephen's Church in Boston's North End, June 2019
Posted by Patrick J. Vaz at 5:00 AM No comments: 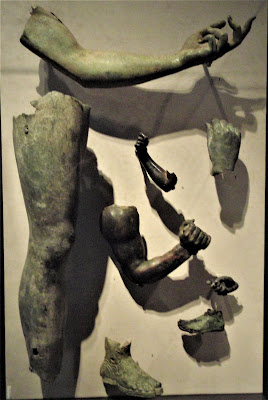 bronze body parts from the Greco-Roman galleries of the Museum of Fine Arts, Boston
Posted by Patrick J. Vaz at 5:00 AM No comments: 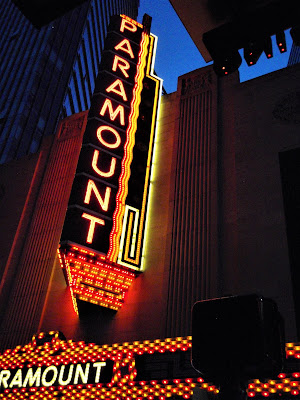 Paramount Theater in downtown Boston, June 2019
Posted by Patrick J. Vaz at 5:00 AM No comments: 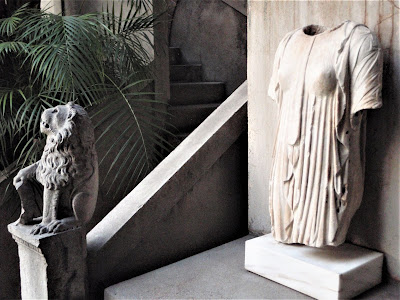 in the courtyard of the Isabella Stewart Gardner Museum in Boston
Posted by Patrick J. Vaz at 5:00 AM No comments: 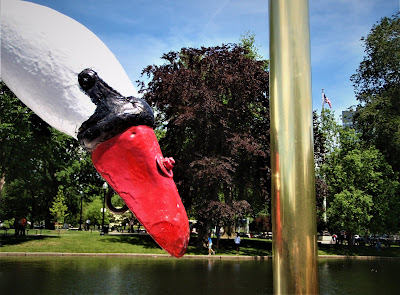 swan boat, the Public Garden in Boston
Posted by Patrick J. Vaz at 5:00 AM No comments: 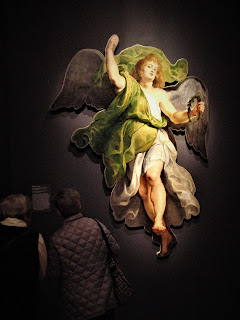 Angel by Peter Paul Rubens; normally found in the Flint Institute of Arts in Michigan, I saw it as part of the Early Rubens exhibit at the Legion of Honor in San Francisco
Posted by Patrick J. Vaz at 5:00 AM No comments: